In 1777 Richard Wade, who had already served one term as a revolutionary war soldier, re-enlisted in the Bedford County, Virginia militia to defend the frontier. Soon afterwards he was sent to Boonesboro, Kentucky to serve under Daniel Boone. When the fort ran low on salt, Boone took Richard and twenty-seven others to gather more at Blue Licks at Carlisle, where they were surrounded by Indians and taken to Detroit and sold to the English. Seven of the prisoners escaped and made their way back to the Ohio River only to be recaptured and taken back to Detroit and then on to Montreal, Canada. After two years in prison, Richard and a few others managed to escape. He made his way to Pittsburgh and then down the Ohio River to Boonesboro, where he stayed.

Richard helped bury the dead soldiers following the Battle of Blue Licks, in Robertson County, Kentucky, on August 19, 1782. A force of about 50 Loyalists al with 300 American Indians had ambushed and routed 182 Kentucky militiamen. Richard was up for court martial for refusing to fight, but was excused by General George Rogers Clark. It would be one of the last battles of the American Revolutionary War.

After the war ended, Richard remained at Boonesborough for several years. His son, John, was born there in 1781. His older son, Elisha, who had been born in Virginia, served with the Kentucky Militia and fought in the War of 1812. In 1801, Richard moved his family to a part of Wayne County that later became Clinton County. He died on February 7, 1844, at the age of 92, and is buried at Cartwright Cemetery with his wife and sons.

Teral Garrett became interested in magic at the age of twelve and gave his first public performance one day in english class at Albany High School. In the 1930's he per­formed as "Teral The Mystic" with a variety group called the Rozelle Players and became a well-known act. He was also editor of three magazines, including Psycho-Gizmo, which was in print from 1951 to 1965, and for several years, he also ope­rated a mail order magicians supply house out of Albany, filling orders from all over the world.

Teral broke his neck at an early age, which kept him from jobs that required any exertion of great physical energy. It also exempted him from serving in the armed forces during WWII. While he may have been unable to serve in the military, his son, James, was an Army Specialist Four with the 7th infantry division in Korea and with the 29th infantry in Vietnam, where he became what was believed to be the first Clinton County soldier to be awarded the Bronze Star Medal in the Vietnam war.

On Dec. 20, 1968, while his unit was sweeping through a suspected enemy command post, they came under deadly automatic weapons fire. Seeing the platoon leader had been wounded and the communications equipment destroyed, James left his vehicle and ran through enemy fire to another vehicle for the needed equipment, securing communications within his unit.

Both Teral and James died at a young age. Teral was 56 when he passed away on Nov. 7, 1970, after suffering a heart attack about a week earlier. James was 57 when he died on May 2, 2005. Among their survivors was their son, and brother, Pace Garrett. 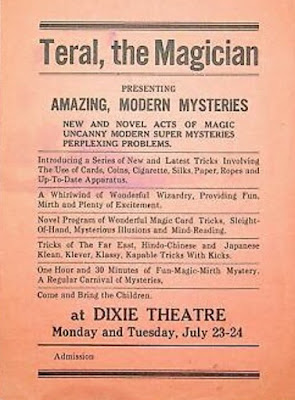