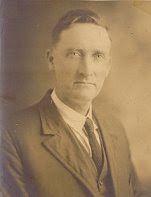 Did I ever tell you the story of my great-grandfather, Hige Boles? He was a most amazing man. To me, he could do no wrong.

One day Hige came home with a Chevrolet. My grandfather said he remembers his dad sitting in a chair with the owners manual in his left hand, and with his right hand, together with his right foot, he practiced pushing the clutch in while he shifted gears. My grandfather said he remembers that Hige said, "I think I can do this!"

Hige was deputy sheriff for his second cousin, Willie Winningham, from 1930 to 1933. Willie's dad was George Winningham, who was sheriff of neighboring Pickett County at the same time that his son was sheriff of Clinton County. George's other son, Floyd, was his deputy. On Saturday, April 22, 1933, George and Floyd tried to arrest a drunk man at a lumber camp. Instead, Jerome Boyett opened fire on them, killing Floyd instantly. George died the following day while enroute to a hospital in Nashville. Boyett fled into the woods, but later fearing for his life after a vigilante posse was formed, turned himself in to authorities in nearby Oneida. A few days later, a mob arrived in Oneida, and took Boyett out of his jail cell. On the way back home, Boyett was hung in some woods. Ironically, three months later, George's other son, Willie, was also murdered while attempting to serve a warrant on a drunk man in Clinton County. Willie's wife, served out his term as sheriff, and then, in 1935, deputy Hige Boles became Sheriff Hige Boles. I have a photograph of him sitting in the courthouse window, and outside the window, lined up against the wall are 24 moonshine stills he had confiscated.

My mom pulled into the grocery store one day to get something. She said she would only be gone a second. That was all the time I needed to scare my older brother, which I loved to do. I grabbed the gear shift and pulled it from park to neutral. Suddenly, the car began to roll backwards toward an awaiting busy street. But then...it stopped! I could not understand why, until I looked over my screaming brothers and sister and saw Hige standing behind the car, holding it with all his might while someone else reached inside the car and put it in park. I can still see him standing there with his outstretched arms and using every bit of strength the 80-plus year-old man had to keep our car from rolling out into the street. But, where did he come from? I just didn't understand that. I was rightly punished for doing a really stupid thing, but from then on, I looked at Hige in a totally different way. We could have been hurt or killed if that car had gone out into the street. He had saved our lives.

Hige grew older and slowly his body began to wear down. He lost his hearing and then his eye sight, and I will never forget when the call came that he was dying. We rushed to his bedside. He had not raised his head or spoke a word for several days. When my family walked into his hospital room, suddenly his eyes opened and he sat straight up in his bed. We gathered around him to hug and kiss him and to be hugged and kissed by him. My great aunt could not believe he heard her, much less sat up in the bed to see us. I will always believe that God let him do that, either for him or for us, or both, I'm not quite sure. I remember hugging him and kissing him on his cheek as tears rolled down his face from seeing all of us. He was a kind and gentle man, who loved his family more than anything.

Hige was in the woods the night that Jerome Boyett was hung. Whether or not he actually participated is not known. I know vigilante justice happened a lot back then. Still, it was a horrible thing. The book, Once Upon A Lynching by John Fredericks, tells the story. Most of the men involved died mysteriously over the next 20 years. But, if Hige participated why did he live to be 93? A long time ago I decided to believe that, even though he was there, he did not participate. Besides, it did not fit the character of the Hige Boles that I knew -- kind, gentle, loving and caring.

The day after we went to visit my Papa Boles in the hospital - the day after he had sat up in his hospital bed to hug and kiss us after not showing any signs of life for several days, Hige passed away peacefully in his sleep. I think God let him live long enough to allow me to see him one last time. He was my angel.