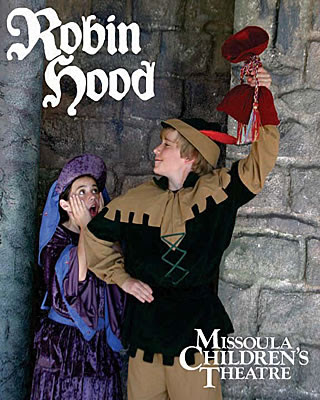 Sometimes we learn them the hard way.

Sometimes we learn them at the right moment when it really matters.

Such is the case with this story.

Last year, Elijah auditioned for a part in a Missoula Children's Theatre musical production but was turned down. He was so heart-broken. The theatre company came back to town yesterday. Elijah wanted to audition again. Although my mind raced back to last school year, I did not stand in his way. I am always telling my children to never say never, and to always look for something positive in everything.

Elijah is naturally funny. He keeps me laughing. Sometimes he doesn't even know he is being funny. Like last Sunday night, when Bro. Bob let some of the young boys, including J.D. and Elijah, take up the offering at Church. It was their very first time. When he was finished, Elijah sat down beside me, leaned over and said, "166 dad!"

On the way to Monday nights audition, I told Elijah to just be himself. What I did not know, until later, was that he auditioned to be a director's helper. Because of what happened last year, he thought he would have a better chance of being accepted as a director's helper, rather than an acting role. Unfortunately, four other kids were also trying out for a director's helper job. When the directors helper slots were announced, Elijah's name was not called. He was devastated and trying hard not to show it. But one of his buddies saw the look on his face and asked him if he was okay. Just as he was about to break down, one of the directors announced to him that his audition was so good, they wanted him to be more than a directors helper.

The Missoula Children's Theatre will present Robin Hood Friday night at 7:00 p.m. at the Learning Center. You are invited to attend. When you read the program notes, be sure to notice that the role of the Sheriff of Nottingham will be played by my son, Elijah Speck. He is on cloud nine. This is going to be a great week.

The Missoula Children's Theatre provides a week-long residency "starring" 50-60 of local students in a full-scale musical. MCT has been touring for more than 30 years. Annually, MCT visits nearly 1,200 communities in all 50 states, 4 Canadian Provinces and overseas. The mission is the development of lifeskills in children through participation in the performing arts. Creativity, social skills, goal achievement, communication skills and self-esteem are all characteristics that are attained through participation in this unique and educational project.