Boles' Sister Made The Bomb - Revisited

With Veterans Day still fresh on everyone's mind, I thought I would re-publish one of the very first stories I wrote. It was told me to by my Great aunt Mada Allen, and verified by my grandfather, Elmer Boles. The story is about them. I added a photo, newly revealed to me, at the end. Randy. 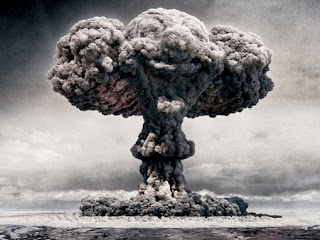 As everyone knows, the atomic bombings of Hiroshima and Nagasaki were nuclear attacks during World War II against the Empire of Japan by the United States of America under U.S. President Harry S. Truman. After six months of intense firebombing of 67 other Japanese cities, the nuclear weapon "Little Boy" was dropped on the city of Hiroshima on August 6, 1945, followed on August 9, 1945 by the detonation of the "Fat Man" nuclear bomb over Nagasaki. As many as 140,000 people in Hiroshima and 80,000 in Nagasaki may have died from the bombings by the end of 1945. Over the years, thousands more have died from injuries or illness attributed to exposure to radiation.

The Manhattan Project involved many of the world's great physicists in the scientific and development aspects, spread out over 30 secret sites in the U.S. and Canada. One secret site, a gaseous diffusion plant for the seperation of Uranium, code named K-25 for secrecy, was erected at Oak Ridge, Tennessee. A thermal diffusion plant was added at Oak Ridge in 1944.

No one was allowed to know what was being built, including the workers. All they knew was that it had to be done fast. Not even the 45,000 construction workers knew what the facility was for. Companies, such as Chrysler, Union Carbide and Dupont, who risked their own money and reputations to assist the military in ending the war, were not told anything about the building of a bomb. Yet, they still agreed to help. Precautions were taken not to hire anyone who lived in the Oak Ridge area. Secrecy was of the highest priority.

I was sitting beside my Great-Aunt Mada at her kitchen table one day, and we were looking out the window and watching a whipper wheel that was perched upside down on a feeder, which had purposely been placed by there so that she could sit at her table and watch her birds. She loved doing that, and, on each visit, I loved to sit there with her and listen to her talk. I learned a lot from my Aunt Mada. Somehow our conversations always ended up being about friends and family. And, because I have such a passion for family history, I would cling to her every word. Such was the case on this particular day, as we sat watching that upside down whipper wheel, that she told me the story of how she made the bomb.

My grandfather, Elmer Boles was aboard the U.S.S. Samuel D. Champlain during the Normandy Invasion. When the ship returned home, most of the crew was dropped off on the east coast for a brief leave, while the ship continued on through the Panama Canal to the west coast. Elmer boarded a troop train that went from New York to Oakland, California, where he boarded a ship and set sail for the south Pacific and the Phillipines.

President Truman encouraged the country to unite in the war effort, and asked each citizen to do their part. Since my grandmother, Vada, was busy at home raising her children, Aunt Mada decided she would do what she could to assist the troops, and her brother, Elmer. She and her two closest friends, Nola and Opal Talbott, had heard of a new government plant opening outside of Knoxville. Although they did not have a clue what they would be doing, they headed south.....to Oak Ridge.

Again, no one, not even the plant bosses, not even the financial backers, knew what the product that was being made at Oak Ridge was for. But, on August 8, 1945, two days after the bomb was dropped on Hiroshima, Aunt Mada found out. She told me that on this particular day, when it came time for her supper break, she did the usual thing....head for the cafeteria. As she sat down at a table, she said she could not help but notice the headline on the front page of the newspaper a co-worker was reading at the table next to hers: "PARTS OF THE BOMB MADE AT OAK RIDGE!"

Aunt Mada could not believe what she was reading. When it became clear that the headline was true, the first thing she did was go and tell her roomates, the Talbott sisters. Later, after her shift ended and she was back in her dormitory room, she sat down at a table and began writing her brother, Elmer. She could not wait to tell him her news. The post card reached Pa Boles' ship a couple of weeks later. He described what happened this way:

"It was normal for shipmates to read each others mail because they were so far from home and homesick. Mada's letter began making its way around the ship, and it wasn't long until word began to spread, and soon everyone on the ship was saying that BOLES' SISTER MADE THE BOMB!" 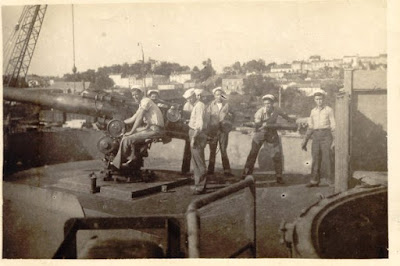