Now, I'm not one for protesting, but when I was 10-years-old I witnessed one very big protest.  The date was Thursday, May 28, 1970.  The place was Neyland Stadium in Knoxville, Tennessee.  Two of the most admired men in America were there: Billy Graham and President Richard Nixon.
The protestors were actually standing next to where my group was. By the time Nixon rose to speak, they were chanting, "One, two, three, four, We don't want your (blank-ing) war!" I remember thinking how disrespectful it was to do that at a Billy Graham Crusade, but Nixon was there and he was the reason the protestors were there.  It was during the Vietnam War and the tragic shootings at Kent State had occured just a few days earlier.  Nixon had gone into seclusion at the white house and he saw the Graham crusade as a chance to be seen in a more positive light.  He did not count on such a major protest occuring.

The chants used by the protestors were frequent and loud, but Nixon seemed to draw strength from it.  Time magazine called his speech that night one of the greatest of his presidency. Not wanting to disrupt the religious part of the service, the protestors eventually filed out of the stadium.  I can remember some of them were singing John Lennon's "Give Peace a Chance" as they left.  It was quite the scene for a 10-year-old boy to witness.

Funny, but it does not take much to update this 1965 Barry McGuire hit to fit today's scene.

Bob Dylan once said, "The times they are a-changing."


The eastern world, it is exploding
Violence flarin', bullets loadin'
You're old enough to kill, but not for votin'
You don't believe in war, but what's that gun you're totin'
And even the Jordan River has bodies floatin'
Don't you understand what I'm tryin' to say
Can't you feel the fears I'm feelin' today
If the button is pushed, there's no runnin' away
There'll be no one to save, with the world in a grave
Take a look around ya boy, it's bound to scare ya boy
Yeah, my blood's so mad feels like coagulatin'
I'm sitting here just contemplatin'
I can't twist the truth, it knows no regulation
Handful of senators don't pass legislation
And marches alone can't bring integration
When human respect is disintegratin'
This whole crazy world is just too frustratin'

Think of all the hate there is in Red China
Then take a look around to Selma, Alabama
You may leave here for four days in space
But when you return, it's the same old place
The poundin' of the drums, the pride and disgrace
You can bury your dead, but don't leave a trace
Hate your next-door neighbor, but don't forget to say grace 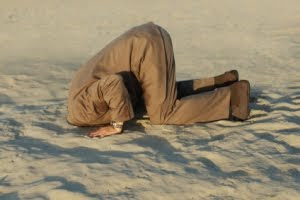 Peace!
For a more detailed story on Richard Nixon's appearance at the Billy Graham Crusade, read my Nixon's Night Out.