On November 27, 1862, James Parrett enlisted in the Civil War. He joined Company H of the 28th Tennessee Infantry at McMinnville and achieved the rank of Sargent. A collection of letters that James wrote to his wife, Mahala, during the war were handed down over the years and eventually became the property of Doris Parrett Williford, James and Mahala's great-granddaughter. The letters chronicle the inner struggles James experiences while being away from his wife and children during the war, and how he uses his faith to see him through the ordeal.

When you write, write everything that you think will comfort me. Write all about affairs so I may know how you are geting along. If you are not out of money, be saving of it. I want to send you some money the first chance if it would come to you safe. I would send you some money in this letter but I am ____ to risk it. I have a pretty [gift] for you and Lety, one apiece. I will send them to you the first chance. Mahala Ann I have you a fine hymn book. I will send it to you the first chance. The book cost two dollars. The other pretties are two silver thimbles warrented to be silver. The two cost me three dollars. Things is plenty here but at a high price. Shoes for women, fine shoes, they ask $20.00 a pair. Every thing is [an] awful might higher now. I will give you the prices of produce: sweet potatoes are five dollars a bushel, irish potatoes are fifteen dollars a bushel, pork is fifty cents a pound, just crape off bacon is one dollar and a quarter per pound, lard the same, butter is a dollar and a half per pound, milk is forty cents a quart, beef is thirty cents a pound. I went to a house to buy a canteen full of milk and the lady told me that some families were starving. Everything was so high that they could not buy it. Many a family is starving in the state of Georgia. Starvation is glaring us in the face. Everything is so high I want you to raise everything you can. A big patch of potatoes of both kinds, and be certain to save every pig you can for it will be a fortune at fifty cents per pound. I want you to have your pigs spade in this month. The new moon. I want you to have the kinder sow spade and the Adkins sow spade and save the others, and do all you can to save all young pigs. If your cows are not going to give no milk, you buy a cow to give you milk. I will send you the money the first chance to pay with. Trade to the best advantage. Don't you sell a pound of meat, dont pasture nothing but the hogs and mare and milk cows. Turn the steers and the calves and that heifer outside. Put one of them bells on Brandy and drive them to the top of the mountai]. Brandy knows the range out there. You must be saving of your clover or it is all your chance this summer for pasture. But if nothing happens I aim to sow the big field in small grain to put all the pigs in it that you can save. I will leave it all with [you] to do the best you can till I come. I want you to kiss my boys for me till I come home. Tell John and Thomas that their pap wants to hug and kiss them both bad. I must come to a close. I want to hug and kiss your sweet lips and I feel confident that I will again. I remain your husband until death. I love you.

Sergeant James Parrott wrote this letter from inside Tennessee. Whatever ailment or wound he had seemed to have healed and he had been sent back to the front lines near the Duck River in Middle Tennessee. His 28th Infantry Regiment was getting ready for the coming Union invasion which they knew would appear as soon as the ground dried. The Confederate forces were trying to hold the rich farm lands of Middle Tennessee and the Union forces prepared to seize Chattanooga and drive the Rebels out of Tennessee for good. All furloughs were cancelled in view of the pending invasion. James missed his wife so much and there appeared little hope of their reunion any time soon. However, James was not about to desert. He would stay by his post and witness the heaviest fighting of the war at Liberty Gap, Chickamauga, and Missionary Ridge.
April 12, 1863

I seat myself to write you another letter to let you now that I am well as I ever was, but I
am not as stout. I got weighed yesterday and I weighed one hundred and fifty pounds. I got to my regiment this evening and I found the boys generally well, and I hope that this letter will find you and the children and Lety all well and doing well. The most pleasure that I have saw was riding on the train. I want to see you worse than anybody in the world. I thought if I could of had you to fill the seat with me I would of give any mansion, but instead of you it was a South Carolina soldier. I have nothing important to write to you. I have wrote you four letters and have got two letters from you, but I did not look for any answer from you, only the third one. I wrote to you to answer the third one while I was in the city of Rome. I stayed four weeks there after I wrote that letter. I watch the [post] office close. I wrote you a letter and directed it to Gillilands, which is the Oakhill post office. Watch the office and maybe you will get them. I want you to write to me every chance you have, if it is every week. [Send them to] Tullahoma to the 28th Regiment company ___ Tenn volunteers. The last letter I wrote Mr. Goodbar to take the letters to his house, you could get them without going to Gilliland's often. I have got three suits of clothes. I did not know that you would have the chance to send me any clothes. I drawed one pair of pants and one pair of drawers and a shirt. I have enough clothes I think to do me plentiful this year. My shoes is nearly new yet. Ppeople here is in fine spirits. [There] is no talk of fighting soon here. All is quiet now as far as I know. I want to see you all so bad that I can hardly keep from running away. They will not furlough anybody. I dont want to run away. It will be a disgrace, besides a punishment of some kind, but I intend to come home sometime between this and fall, Furlough or not if I can get there. I dream of eating dinner with you and you had a good dinner. It was ham and cabage and chicken and several other things. If that could be so it would be a great pleasuer to me. I long to see the time come when I can get the pleasure of coming home to stay. If I could get one kiss from you it would be more pleasure to me than every thing here. You must excuse my bad writing and all mistakes. The boys is talking to me so that I can hardly write. All glad to see me. I have good friends every where I go, so I must remain your true husband until death. Write as soon as you get this and send it by Jackson.
at August 04, 2011 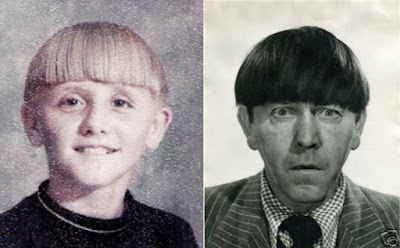