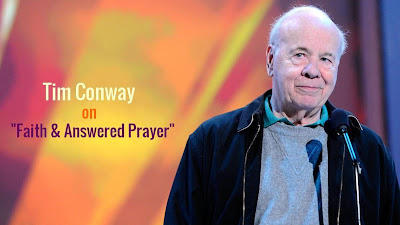 Five dimes were burning a hole in my pocket—the ones I'd saved just for this day. The carnival was in town! Part of the annual Blossom Festival in my hometown of Chagrin Falls, Ohio: brass bands marched down Main Street, the town's ladies competed for the best jams and pies and the fruit trees dripped pink and white blossoms on the sidewalk. But, for me the best part was the carnival.

Saturday morning I wrapped my fingers around those coins and made my way to the carnival. "Step right up, young man, step right up," came the call from the booths. "Take a chance and win the prize of your life!"

There were giant teddy bears and rockets that a 12-year-old kid like me could shoot off in the backyard. Plastic jewelry sparkled in gimcrack treasure chests. But I wasn't going to waste my hard-earned money on just anything. It had to be the perfect thing.

Why pitch a Ping-Pong ball into a pot of goldfish or swing a hammer in a test for "The World's Strongest Man" if you didn't really want the prize?

I lingered for a moment at the merry-go-round, watching the horses go round and round to the calliope's song. They seemed a poor match for the real horses my dad took care of, and I would rather ride the real thing.

I bought a Coke in a bottle and sipped it, walking around the fairgrounds. One dime down. Then I spotted the Ferris wheel, circling above the fair. Ten cents a ride. I ponied up my second dime and hopped on.

Slowly I rose above the cotton candy and popcorn booths, above the sounds of the barkers shouting, above the trees until I could see the whole town. There was the school I attended and the fishing hole my buddies and I raced to after school.

I could see the ballpark, the movie theater on Main Street and our church, the center of our world.

Both Mom and Dad had immigrat­ed here from the Old Country. Dad had worked with horses back in Ireland and got a job on a horse farm. And Mom was a seamstress who could sew anything; Dad's shirts, my Halloween costumes, her own dresses. She came here from Romania when she was only 16 years old and quickly found work.

I was their only kid and I always felt I was a real blessing to them. But when we prayed together on Sunday mornings their faith seemed so much greater. Kneeling next to them, I felt like I was waiting to hear God speak.

It was attached to one of 60 plas­tic ducklings bobbing up and down in a pool of water. A hose at the bottom of the pool made the ducks swim and spin. That crucifix was meant to be mine. I'd never been so sure of anything in my life.

"Step right up, son," the barker called to me. "For just ten cents that beauty could be all yours. All you have to do is pick it up with a hook. I'll bet you can catch anything when you fish."

Sure can, I thought. I handed over my dime and the man handed me a wooden pole. I lowered the hook toward the crucifix, slowly, carefully, but just as I yanked it the plastic duck scurried away. "Try again," said the barker, holding out his hand for another dime. This time it'll work.

I acted like I was fishing down by the river, casting my hook toward a trout. The duck with the crucifix came just in reach. I jerked up the line. Noth­ing. "Third time's a charm," said the man. I handed him my last dime and lowered the hook ever so gently to the crucifix...and pulled. Nothing.

The barker turned away. "Step right up," he called. It was so unfair! All my dimes were gone. Why was I so sure that crucifix was meant for me? Why was I certain I could win it?

I started to walk away, head down. My day at the carnival was over. Then I spotted something on the ground. One shiny dime, glinting in the bright sun. I picked it up and squeezed it between my fingers—and headed back to the game.

For some reason, I turned around. To this day, I can't tell you why. I left the fairground and stopped at a giant old maple tree. Leaning against the trunk, I closed my eyes and started praying, praying harder than I'd ever prayed before.

Lord, I said, if you're listening, I would really like that cross. The one that glows in the dark with the emerald ribbon.

I stayed there for a long time, just waiting. I could hear shouts at the carnival and the sound of the calliope. But slowly it all faded away and I was left with only my de­sire for the cross. What did it mean? It was just a piece of plastic that glowed in the dark, after all.

No, but it was more. It represented the faith I'd been yearning for, the deep and living faith that my parents had. I wanted it too and, somehow, in my 12-year-old heart, that plastic crucifix had come to symbolize it.

Standing against that old maple tree I knew that faith was already there for me to have, if I could just reach for it. Lord, I really want that crucifix. But even if it's not meant to be, I want you in my life every day.

I hurried back to the fairground, and right back to that booth. The barker looked at me, raised an eyebrow and stretched out his palm. I slapped the dime in it, and he handed me the fishing pole, eyeing me with bemusement.

Many of the other prizes had disappeared, but the crucifix was still there. I dipped the pole in the water, felt it catch against the emerald ribbon, then I raised the hook. The crucifix dangled from the other end. It was mine.

It was with me through my wonder­ful years on The Carol Burnett Show, too. I still have it, and I hold on to it when I pray for people who are ill, for my children and grandchildren.

All these years later, miles from Chagrin Falls, that little carnival cross still helps me feel connected to God.