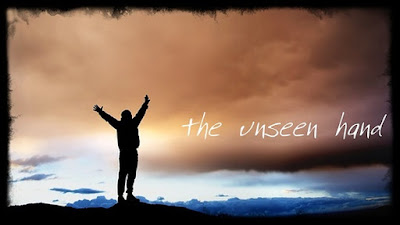 In 2013, I went to see my cardiologist, Dr. Melissa Walton-Shirley, for a check up. When I arrived, I learned that she had to step away for an emergency. Filling in for her was her partner, Dr. Jim Whiteside. Since being diagnosed with CHF and Cardiomyopathy in 2003, I routinely had gone into the hospital every couple of years when the CHF would come back. That day, Dr. Whiteside did something that brought about a big change in my life. He convinced me that a pacemaker/defibrillator implant would cut down on my hospital stays, adding "That thing might not fire in 25 years and you'll say 'that blankety-blank Whiteside talked me into getting this thing and I didn't even need it, but there might come that one time that it will fire, and it will save your life." I made a decision that day to trust him and a few weeks later underwent a pacemaker/defibrillator implant.

I recalled his words soon after an incident that happened to me at approximately 5:32am on Saturday, April 21, 2018. As I stepped out onto the carport, everything within my vision started to spin really fast. The instant it happened, my device fired 30 cycles and I was slung backward, then forward, but I never did hit the ground, as I had always imagined I would. Zapped of all my strength, I managed to lean over and rest my body on the hood of my son's van, which was parked there. The instant I did that my device fired a second time, at 35 cycles, and it worked. My heart was back in rhythm. The entire episode lasted less than 10 seconds.

Later, I was transferred from our local hospital to Cookeville (TN) Regional Medical Center, where I met Dr. Mark Wathen, the former 20-year director of Arrhythmia at Vanderbilt University in Nashville who specializes in the study of heart rhythms. He is an expert in pacemakers, defibrillators and implanted monitors, has performed significant research in these devices and is recognized as a world leader in device treatment of fast and slow rhythms. The incident that happened to me on my carport is known as Ventricular Fibrillation, or as Dr. Wathen said, "(I) met sudden death face to face." 98% of those who experience V-Fib die. My implanted device had saved my life. I am so very thankful I listened to Dr. Whiteside.

My friend and singing partner at church, Kelly, did not know what had happened when she sent me a text a couple of hours later that Saturday morning in 2018, suggesting we work up a version of this 1930's hymn written by A.J. Sims and first made famous by The Singing Rambo's...