Sports Announcers I Grew Up With: Jim Nantz 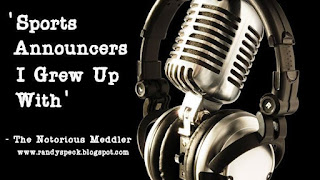 There is a special place in my heart for the radio and TV sports announcers I grew up with. From ABC's Wide World of Sports to roller derby and wrestling, and everything in between, sports was a big part of my life growing up. At my house, we watched on TV whatever sport was 'in season,' especially on Saturday's. If there was a sports event on radio, we listened to it. I was very blessed to grow up with many now- legendary voices and characters. Today, I want to pay tribute to Jim Nantz. 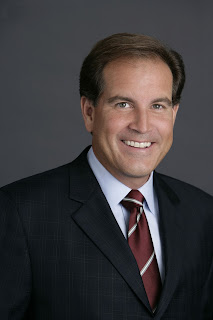 You could say Jim Nantz and I have grown up together. He is my age. Nantz joined CBS in 1985 and has been an announcer for college football, NFL football and, since 1989, the Masters golf tournament. He began calling the NCAA Final Four men's basketball finals in 1991, working the first 17 years with Billy Packer. He has been the NFL announcer on CBS's top play-by-play since 2004. He has done NBA games, the US Open, Winter Olympics and even the Macy's Thanksgiving Day Parade.

Nantz has twice won an Emmy for Outstanding Sports Personality, Play-by-Play. He has been honored with the NSSA's National Sportscaster of the Year award five times. In 2011, he was named as a recipient of the Pete Rozelle Radio-Television Award from the Pro Football Hall of Fame. He also is one of the youngest recipients of the Basketball Hall of Fame's Curt Gowdy award for broadcasting.