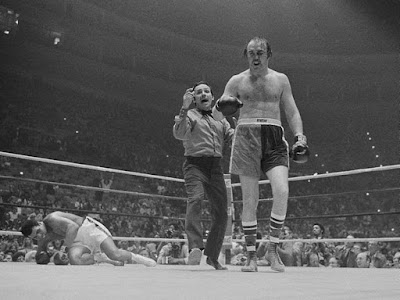 I remember when a boxer by the name of Chuck Wepner went up against Muhammad Ali at Richfield Coliseum in Richfield, Ohio. The date was March 24, 1975. Wepner was known for using dirty tricks in the ring, but the fight was thought to be an easy win for Ali, who did minimal training for it. After all, he had just beaten George Foreman in the "Rumble in the Jungle" match and was very much at the top of his game. So, everyone knew he was going to win. Everyone, that is, except Wepner, who knocked Ali down in the ninth round. Even though Ali claimed Wepner stepped on his foot and then pushed him, the referee ruled it a technical knock down. Wepner believed he was about to be crowned heavyweight champion of the world. He had almost knocked out the great Muhammad Ali. So, he goes over to his corner and says to his manager, "Al, start the car. We're going to the bank. We are millionaires." The manager replied, "You better turn around. He's getting up and he looks [mad]." Ali punished Wepner for the rest of the fight, scoring a technical knockout in the 15th round. The match would inspired Sylvester Stallone to write the script for "Rocky."

"Let me tell you something you already know. The world ain't all sunshine and rainbows. It's a very mean and nasty place and I don't care how tough you are it will beat you to your knees and keep you there permanently if you let it. You, me, or nobody is gonna hit as hard as life. But it ain't about how hard ya hit. It's about how hard you can get hit and keep moving forward. How much you can take and keep moving forward. That's how winning is done! - from "Rocky Balboa," 2006. 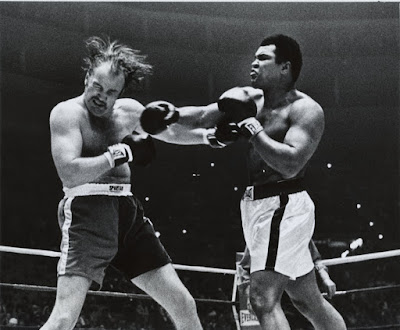 The question in life isn’t whether or not we will fall down, but whether we will be bold enough to get back up again. It's easy to decide we can’t do it. For Steve Bell, getting back up took courage and a willingness and commitment to do it, even when he was scared or didn’t think he could. But, he kept getting back up, as Bro. Daniel said. Thomas Edison reportedly failed 10,000 times while inventing the light bulb. "I have found 10,000 ways something won’t work," he said. "I am not discouraged because every wrong attempt discarded is another step forward."

You might not achieve all your goals during your life but that doesn’t make you a loser. Suffering defeat doesn't always mean you are defeated. In my life, I trust in God because He knows what is best for me. I firmly believe I am where He wants me to be. Getting up and continuing to get up, is me trusting in Him and allowing Him to work through me. The proof is in my writings. Over the years, I have written many faith-based stories or testimonials and had people comment, "I needed to hear this today." So, I am very content with where I am. What about you? Maybe God has another route laid out for you to take. "You don't win a prize when you get knocked down. You only win a prize when you get back up." So, get up!

"And he said unto me, My grace is sufficient for thee: for my strength is made perfect in weakness. Most gladly therefore will I rather glory in my infirmities, that the power of Christ may rest upon me. Therefore I take pleasure in infirmities, in reproaches, in necessities, in persecutions, in distresses for Christ's sake: for when I am weak, then am I strong."
- 2 Corinthians 12:9-10 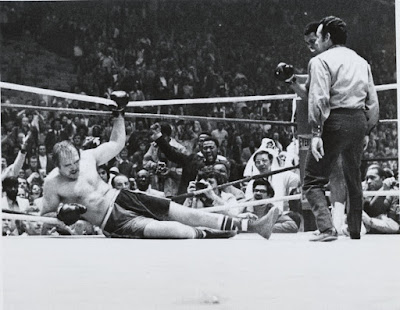