Hymns of Hope: He Leadeth Me 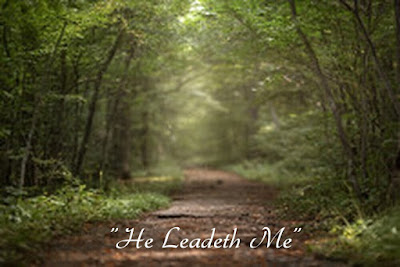 It was a Wednesday evening and Joseph Gilmore, the son of New Hampshire governor Joseph A. Gilmore, was preaching at a mid-week prayer service. “I set out to give an exposition of the 23rd Psalm," he would later write, "but I got no further than the words ‘He leadeth me.’ Those words took hold of me as they had never done before. I saw in them a significance and beauty of which I had never dreamed. At the close of the meeting a few of us kept on talking about the thoughts which I had emphasized; and then and there, on a back page of my sermon notes, I penciled the hymn just as it stands today, handed it to my wife, and thought no more of it."

Without his knowledge, and using a pseudonym, Gilmore's wife sent the lyrics to the Watchman and Reflector magazine. The magazine first printed it on Dec. 4, 1862.

Three years later, Gilmore went to preach at Rochester, New York. "Upon entering the chapel," he said, "I took up a hymnbook, thinking, ‘I wonder what they sing.’ The book opened up at “’He Leadeth Me" and that was the first time I knew that my hymn had found a place among the songs of the church.”

Musician William Bradbury saw the lyrics the magazine had printed and wrote the melody for it. He added the last line of the refrain to fit his tune. When Ira Sankey, the musician for evangelist Dwight Moody heard Bradbury’s version of the hymn, he included it in several editions of 'Sacred Songs and Solos,' thus assuring its fame.

He leadeth me, O blessed thought
O words with heavenly comfort fraught
Whate'er I do, where'er I be
Still 'tis God's hand that leadeth me

Lord I would clasp Thy hand in mine
Nor ever murmur nor repine
Content, whatever lot I see
Since 'tis my God that leadeth me