The Day the Civil War came to Albany, KY, pt. 3 (The Death of Champ Ferguson) 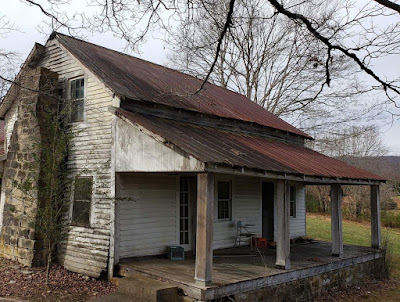 By the spring of 1862 relatively few major military engagements had taken place in Kentucky and Tennessee, yet the Cumberland Mountains, especially along the border, was filled with violence. Roaming bands of outlaws took advantage of the war to steal whatever they wanted with no regard for their victims’ politics. Most of Ferguson family had sided with the Union at the beginning of the war, but Champ, who was known for his rowdyish, fighting ways, as mentioned in part two of this series, went with the Confederacy. Because of that, he moved his family from pro-Union Clinton County to pro-Confederate White County at the onset of the war. Within a few months he had formed his own guerilla band.

Folks were so divided over which side of the war to take that even idle rumors questioning a man’s alignment could lead to his death. Champ had also heard rumors that soldiers and homeguardsmen who had trained at Camp Dick Robinson, the Union army's training center near Stanford, were out to kill him and he swore to get them first. He routinely came back home to kill those who favored the Union. In most instances he would discuss their assocation with the North before killing him.

Some of the killings were legitimate acts of combat, while others were nothing more than cold-blooded murder. His first victim was his neighbor, and my great, great, great-uncle, William Frogge, whom he had heard was planning to kill him. William had enlisted in Company D of the 12th Kentucky Regiment at Camp Dick Robinson, but had been sent home with the measles. His wife, Ester, was peeling apples at the door when Champ rode up on the morning of Nov. 1, 1861. Because she had known him since childhood, she suspected no ill will and allowed him to enter the house. Champ accused William of contracting his illness at the camp. Frogge tried to deny the claim, but Ferguson shot him in the mouth and then through the brain. The last shot, he said, was to "make him die easy.” William, age 26, and his wife, Esther, age 20, had only been married a year and a half. Their son, James, was six months old.

The murder of Frogge and others, including my 3rd great-grandfather Elisha Koger (Frogge's brother-in-law), would lead the entire population of Clinton County to turn against him, so Champ had no choice but to take his family and flee Kentucky.

On February 18, 1864, Union forces took control of Sparta, Tennessee, where Champ had relocated to. But by August his home had been burned, so Ferguson and his comrades headed south, where they joint forces with Major General John Breckinridge in southwest Virginia. It was in Emory, Virginia, that Ferguson committed his most infamous murder. On October 2nd, Confederate forces he was among were attacked by a Federal cavalry at Saltville, Virginia. The Confederates put up a spirited resistance, and after a sharp fight, the Federals withdrew. The next morning, Ferguson and his lieutenant, Raine Philpot, entered a hospital near Emory and Henry College, where Federal wounded and prisoners had been taken. Ferguson shot Lieutenant Elza Smith of the 13th Kentucky Cavalry, along with as many as seven wounded prisoners with the 5th U.S. Colored Cavalry.

Up Highway 84 and left on Plum Creek Road in White County, Tennessee, stands the old Bradley home, where in 1865 Champ Ferguson surrendered to Union troops at the conclusion of the Civil War. The Bradley's were on the side of the Confederacy and sympathized with Champ Ferguson, as did many in White County. J.P. Bradley was killed inside the home while trying to defend his daughter, Dee, from being captured by Union troops during the war. She was a Confederate spy who often rode with Champ. It is said that J.P.'s wife, Nancy, fenced stolen goods for Champ at the home, and that J.P. and Nancy's son, J.P., Jr. also rode with Champ and committed many atrocities with him.

Champ surrendered under a verbal promise of being pardoned for his actions. He was arrested on May 24th and sent to prison in Nashville, but instead of receiving a pardon he was convicted of murdering 53 people, although he claimed at his trial that he had personally killed over one hundred men, all in self-defense.

Champ's high profile trial gained national attention. Esther Frogge and Nancy Koger were two of those who testified against him and then watched as he was hanged on October 20, 1865. Ferguson's last request was that his body be removed to White County to be "buried in good Rebel soil." He is buried at France Cemetery on Highway 84, not far from where his home was. 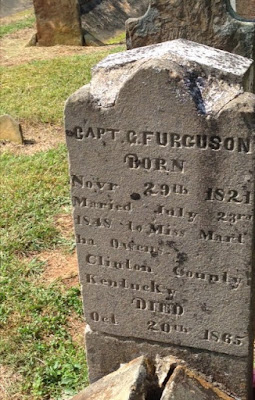 It was during the late winter and early spring of 1862, as the civil war was now in full swing, that the Union and Confederate factions o...