Hymns of Hope: Faith is the Victory! 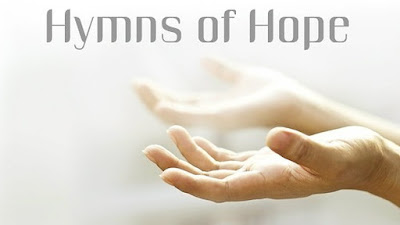 Rev. John H. Yates was born in Batavia, New York on Nov. 31, 1837. He was licensed as a Methodist preacher after high school, but instead was forced to get a job to help maintain his aged parents. His father had been a shoemaker, so John's first job was in a shoe store. For thirty years he worked at different retail jobs, including a hardware store and a department store, eventually becoming the editor of the local newspaper.

All through his years of working Yates still managed to preach here and there, sharing his faith in Jesus Christ. Before his death in 1900, he switched from a Methodist to a Free Will Baptist and in 1897 began pastoring at a church near Batavia.

He also had another way of serving the Lord. His mother had been a school teacher who loved poetry and literature, and it was at her beckoning that Yates became a writer of poetry and songs. It wasn't long before hymns he had written were being sung all over the land.

John's faith was severely tested when his wife and two sons all died within the space of one week from an outbreak of diphtheria. He eventually remarried and kept going, giving living illustration that our faith in the promises of God and in our Lord Jesus gives us overcoming victory.

His success as a hymn writer led the famous singer and musician, Ira D. Sankey, to ask Yates to write hymns for him. Perhaps the deaths of his wife and children, and the testing of his faith, is what led him to write his most famous hymn, "Faith is the Victory."