The Day Aeronauts Fell From the Sky in Kentucky 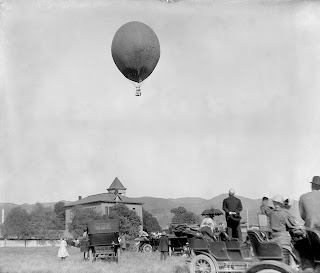 Metcalfe County, Kentucky has been known for a lot of different things over the years: The Kentucky Headhunters, Black Stone Cherry, UK basketball star J.P. Blevins and the natural gas pipeline explosion at Beaumont in 1985, but in 1910 it was known as the place where a hot air balloon fell from the sky.

On May 8, 1910, Viking, said to be the largest hot air balloon in the world with a gas capacity of 85,000 cubic feet, left Quincey, Illinois on a journey to set a long-distance record. The balloon, piloted by A. Holland Forbes of New York, President of Forbes Publishing Company, sailed over Missouri, Indiana and then Kentucky. At 16,000 feet they encountered a thunderstorm which caused their virtually uncontrollable aircraft to shoot up to an altitude of 20,600 feet, which was a new altitude record. 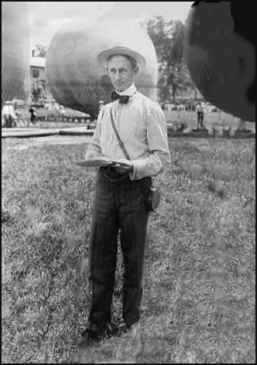 As the balloon approached Tennessee, Forbes and his crewman, J. C. Yates, also of New York, almost passed out from the effects of the high altitude. Forbes later said the air pressure at that moment was no more than four pounds. The trauma caused both men to lose their ability to function properly. Forbes panicked and pulled the rip cord too hard in a rush to slow his descent. The two men were forced to discard all ballast and provisions to check their descent when suddenly, at a distance of almost 500 feet above ground, the rip cord tore Forbes' new balloon open and, like a piece of lead, it dropped straight to the ground in the Center community in Metcalfe County. Residents there arrived to find both men unconscious and seriously injured, Yates' injuries were more severe. The two men might have been killed had it not been for a pneumatic mattress that was laying on the basket floor. When they began their journey in Illinois, thirty-three bags of sand were onboard the Viking. There was only one left when it hit ground. 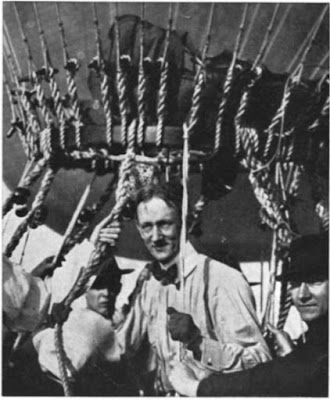 Forbes was internationally known as a balloonist. There was not another balloonist in the United States, and probably in the world, who had more enthusiasm about the sport than he did. He had made so many trips skyward that newspapers and magazines dubbed him the "Cowboy of the Air." A year earlier he won a trophy for the longest flight made in the United States during the year after his balloon, The New York, covered 731 miles in 19 1/4 hours. The accident in Metcalfe County wasn't his first narrow escape. At the Berlin races in 1908, his balloon, The Conqueror, caught fire and fell rapidly. Fortunately, the torn bag formed a sort of parachute that enabled Forbes to escape serious injury.

After the ordeal in Metcalfe County, Forbes continued to be an active member of the Aero Club of America, retaining his keen interest in all forms of aviation until his death on Dec. 23, 1927.