A Great Radio Voice Is Silenced


A great radio voice has been silenced and it is a sad day for all of us who knew and loved him.

Eddie Neal accepted the call to preach several years before he became a radio announcer. To support his ministry, and his family, he got a job at grocery store. When an opening came up at at the new WFLW-AM in his hometown of Monticello, Kentucky, Eddie got the won. That was in July of 1962, and so he spent the next 47 years 'on the air' entertaing his listeners and keeping them informed as to the latest news and events.

Along the way, Eddie Neal became a legend on the radio, and a very well respected preacher of the Gospel. He preached for several years on my radio station and that is where I got to know him. I was young and working weekends when I first met Eddie Neal. He always came into the radio station wearing a smile, and a warm handshake was never far behind. He always asked how my family was doing.

As I grew older, it didn't take long for me to realize how popular he was, both as a preacher and as a disc jockey. He was loved by everyone and his listeners were very loyal to him. If my grandmother Boles were alive today, she would quickly tell you that she was one of his faithful listeners. According to her, whatever Eddie Neal said on the radio was the gospel! She always spoke of her favorite disc jockey with passion. To her, his words were gold. If his weather forecast differed from another, he was right and they were wrong. And, there was no way you were going to change her mind.

Eddie Neal was 'on the air' longer than any other disc jockey in this area, and while his great and unique voice has been silenced, his memory will live on.

He was an icon. 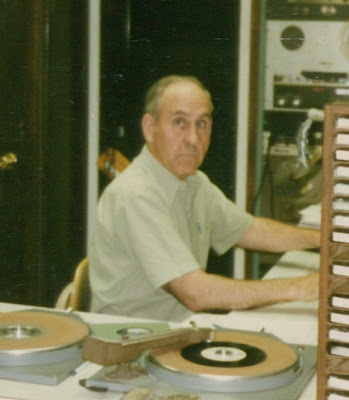 I end this story with the very words Eddie Neal used at every single funeral he preached.....

"Remember friends, as you pass by, as you are now, so once was I. As I am now, you soon shall be. Prepare for death, and follow me".