George Reneau: "The Blind Minstrel of the Smoky Mountains"

The following is the most complete biography and discography available online for old-time freelance country and blues artist, George Reneau. All other information about him only includes his work for Vocalion Records, however, as you will read, there is more to the story of George Reneau: "The Blind Minstrel of the Smoky Mountains." The only thing missing, other than probably a few song titles, is his photograph. If you have a copy of his photograph, please let me know. - The Notorious Meddler

George McKinney Reneau was born May 18, 1902 in Jefferson County, Tennessee, at Dandridge. Presumably blind at birth, not much else is known about his growing up years, except that at some point he learned to play the guitar and the harmonica. Just after World War I, George left Jefferson County, Tennessee to make a living on downtown Knoxville streets playing guitar and harmonica and singing his songs for whomever would stop to listen. 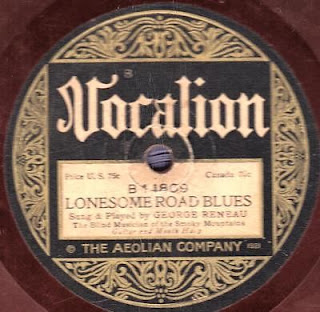 One man who stopped was Gus Nennsteil. He worked for Sterchi Brothers Furniture, regional purveyors of phonographs, and one of the most influential recording promoters in the South. At Nennsteil's encouraging, Sterchi's sent Reneau to New York in the spring of 1924 to record songs for Vocalion Records, which desired to enter into a new field of commercially recorded music known as Hillbilly music. George Reneau was the perfect artist to get it started. Between April 1924 and October 1925, he recorded more than 50 selections for Vocalion's new hillbilly catalog at the firm's New York City studio, on West 43rd Street. The first release was the beautifully done 'Lonesome Road Blues' (Vocalion 14809B) on April 18, 1924. Take a few moments and listen to this very fine recording...

The Aeolian Company of New York had started the Vocalion label in 1916 and it was a popular label for a while. Lots of big names or future stars recorded there at one time or another. The list includes Roy Acuff, Louis Armstrong, Count Basie, Carter Family, Benny Goodman, Billie Holiday, Robert Johnson, Uncle Dave Macon, Glenn Miller, Roy Rogers, Sons of the Pioneers, Lawrence Welk and Bob Wills. The first known recording of "The House Of The Rising Sun" by Clarence Ashley and Gwen Foster was on Vocalion. Later, Vocalion was sold to Brunswick Records, which sold to Warner Brothers. In 1931, the entire Vocalion operation was licensed to the American Record Corporation, which was later purchased by CBS. Finally, in 1938, Vocalion became a subsidiary of Columbia Records, only to be discontinued in 1940. 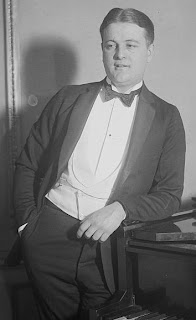 Behind the Scenes
I doubt that very people who bought Reneau's records suspected that another artist, not Reneau, was actually "ghost singing" on most of them. Reneau received all of the credit on his first 30 or so recordings, but the voice behind the records belonged to (at the time) a little-known vaudeville singer named Gene Austin, who would become the most successful pop vocalist of the late 1920s. There was hardly any cause for such suspicion, unless one might have wondered how Reneau could play the harmonica and sing at the same time, as was the case on a couple of recordings. Not that having Austin sing was a bad thing. It actually was a good thing. Go back and re-listen to "The Lonesome Road" and see just how great that recording is. Austin's vocals were perfect for that record.

Listen to Arkansas Traveler, which showcases George Reneau's fine harmonica playing. Also, notice the beautiful reddish brown vinyl record, an early trait that set Vocalion Records aside from all the other record labels... 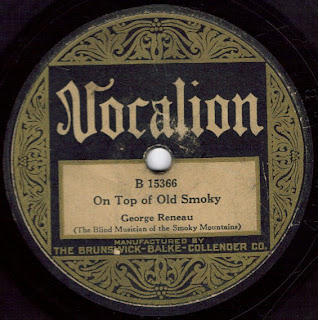 ’On Top of Old Smoky’ was recorded by George Reneau, as a solo (Vocalion 15366) and with Lester McFarland, as the Collins Brothers (Paramount 3030).

The Lonesome Road Blues
Credit for the first known recording of The Lonesome Road Blues is given to Henry Whitter of Fries, Virgina. He allegedly recorded the song in December of 1923. It was released on Okeh Records in January of 1924. Vocalion Records released George Reneau's version three months later, on April 18, 1924. Edison Records released the song by Reneau and Austin as The Blue Ridge Duo in May of 1925. They had recorded the song at Edison's studio on September 22, 1924. Down through the years, the song has been recorded by many artists, including Woody Guthrie, Bill Monroe, Earl Scruggs and the Grateful Dead. 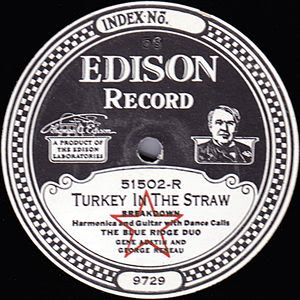 This is probably an incomplete list. I haven't found any other Edison recordings by the Blue Ridge Duo. I will update this story as I find more. 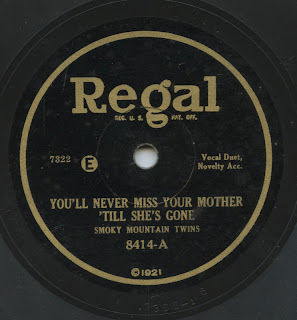 The Freelance Artist
There is nothing written about why, in 1927, George Reneau started making records with Lester McFarland. Like Reneau, McFarland was a blind musician and singer who was living in the Knoxville area when the Vocalion scout making looking for talent. A champion fiddle player, he was one part of the duo, Mac & Bob, along with Robert Gardner. McFarland was originally from Gray, Kentucky and Gardner hailed from Oliver Springs, Tennessee. They met at the Kentucky School for the Blind in 1915 and soon began performing together on the Keith Vaudeville Circuit beginning in 1922, and on WNOX in Knoxville from 1925 on. Discovered by a Brunswick talent scout in 1926, Mac and Bob began a long and prolific recording career. Their biggest seller was “When the Roses Bloom Again.” In 1931, Brunswick was bought out by the American Record Corporation and Mac and Bob were retained on the Sears & Roebuck label, Conqueror. That same year, Mac and Bob became regulars on the WLS Barn Dance in Chicago. Their recording career ended when Sears decided to shut down Conqueror in 1941. Mac and Bob retired from the WLS Barn Dance in 1950. Robert Gardner died at age 81 in 1978, and Lester McFarland followed him in 1984, aged 82. George Reneau and Lester McFarland recorded several tracks, usually as the Smoky Mountain Twins, but also under nearly a dozen other names, such as The Cramer Brothers, The Collins Brothers and Lonesome Pine Twins. There songs were released on several different record labels, including Conquer, Regal, Domino, Banner and Challenge. Here is their (partial at best) discography. 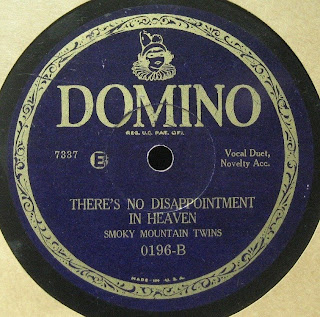 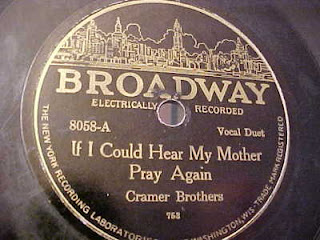 Unfortunately, Reneau's style of music did not fit in when the jazz era took over and by the time he turned 27, George's day as a recording artist had come and gone. Without a record contract, he was forced to once again take to the streets to make a living. 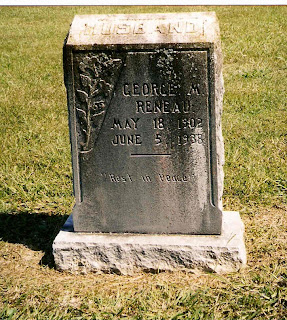 Sadly, George Reneau died of pneumonia on June 5, 1938. He was still a young man so one can just imagine what life for him would have been like had he lived and stayed in good health and continued to make records. I encourage you to take the time to listen to his recordings. I believe you will become a fan of George Reneau, 'The Blind Minstrel of the Smoky Mountains,' as I have.