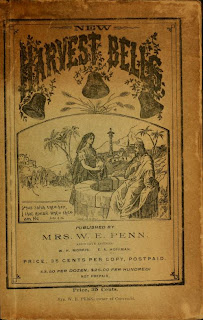 My church, Clear Fork, was established in 1802. I have always wondered which hymns those early church members might have sung. Recently, while I was looking at some of the old church minutes, I read where on January 26, 1895 the church voted to purchase twelve Harvest Bells songbooks. 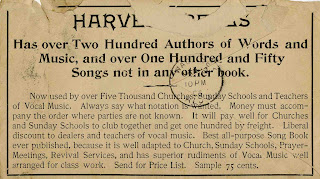 Harvest Bells songbooks were published by William Evander Penn. Born near Murfreesboro. Tennessee, he became a well known evangelist, leading gospel crusades and tent meetings all over the south and in other areas of the U.S., as well as overseas in England and Scotland. His ministry is estimated to have resulted in the conversion of 50,000 people. 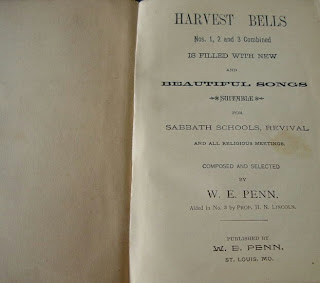 Because of his beautiful bass singing, Penn was both a preacher and a singer at his services. Eventually, it was suggested that he publish his own song books. The result was the Harvest Bells collection. In all, there were seven Harvest Bells hymnals. Penn believed that Harvest Bells was the only hymnal of the day that was distinctly Southern Baptist in thought, doctrine and regional appeal. The hymnals were endorsed by many prominent church leaders. 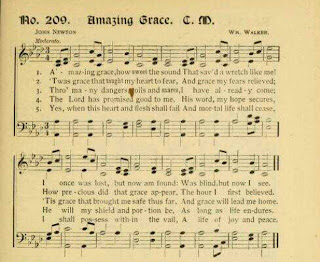 Some of the more familiar works in his hymnals were All Hail The Power of Jesus Name, Amazing Grace, Blest Be The Tie That Binds, Come Thou Fount Of Every Blessing, Guide me, O thou great Jehovah, Jesus Paid It All, Must Jesus Bear His Cross Alone and Rock of Ages. 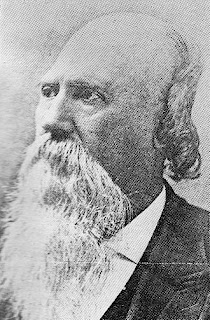