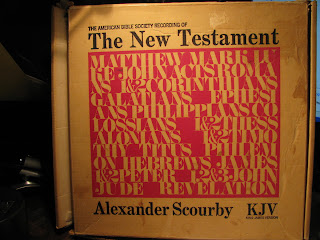 The American Bible Society's The Talking Bible, an audio recording of the King James Version bible, was first recorded on vinyl around 1950. The project, narrated by actor Alexander Scourby who is heralded as having the greatest voice ever recorded, was done on behalf of the American Foundation for the Blind. It took more than four years to complete, but it was a best-seller. The records, which have the titles etc. in brail on one side and writing on the other side, are now part of the Library of Congress' National Recording Registry. 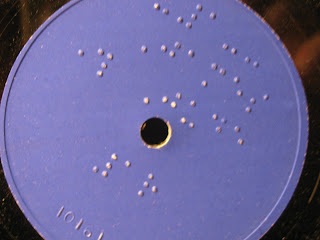 The Talking Bible in vinyl was recorded using the 16 2/3 rpm format, which was used for a short period of time beginning in 1950. The speed, mostly too slow for recording music, was perfect for recording spoken words. Play time was almost double that of a 33 1/3 rpm record. 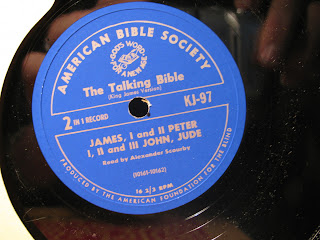 The 10-inch16 2/3 rpm records were considered novelties even during the years they were available. For obvious reasons, the invention of the cassette killed the 16 2/3 rpm format. But, for a brief era, it served a specific and useful purpose. This historic Talking Bible vinyl set (15 records of the new testament) is a nice addition to my growing record collection. 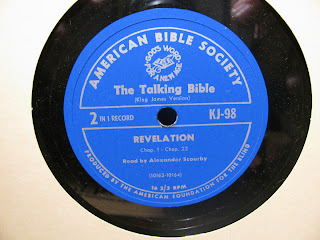