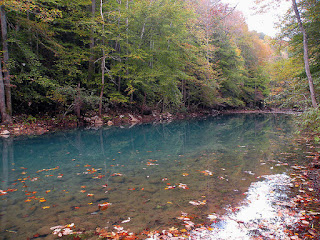 "The most picturesque scene I ever witnessed was at the crossing of Obey river. About half a mile from the river, on the north side, the road makes a precipitate descent into the river bottom.

I stood upon the brink of the hill at this point, and took a view of the surrounding country. There lay the beautiful river at my feet, and a vast plain upon the opposite side, perhaps three miles in width, while a range of hills is presented to the view.

Just beyond this range is another, then a third one, and so on to the farther range, which is of great height. These hills approached the river both to the right and left, thus forming a basin. The timber, which was very heavy upon them, was just getting green. The warm spring days had pushed out the buds and leaves.

The soldiers marched down to the river and, with the waving of hats and banners, rushed into the foaming water, which was nearly over the backs of our horses.

It was necessary to march down the stream one hundred yards, and then make a turn and march upstream two hundred yards before effecting a landing. Thus nearly all our little band was in the stream at the same time.

It was a beautiful scene. I am no poet, nor have I imagination enough to describe the scene as I would wish, yet I have given the outlines, from which a highly wrought fancy can form a beautiful picture. 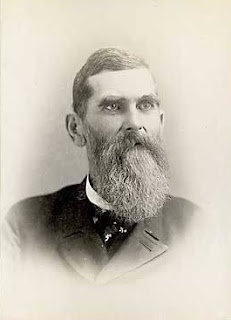 About John Allen Brents: He was born in Clinton County on September 15, 1833. Before the Civil War, he was an attorney. After the war, he was elected a Kentucky State Representative and later served as a delegate from Clinton and Cumberland (Ky) counties to the Kentucky Constitutional Convention of 1890-91. John Allen Brents died on August 10, 1900 and is buried at Albany Cemetery.