Whose Side Is The Lord On? 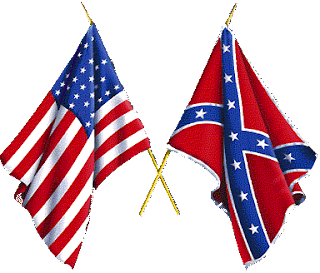 During the Civil War, soldiers on both sides prayed for victory before each battle. Both presidents, Abraham Lincoln and Jefferson Davis, asked their supporters to pray for victories. Each side had believed that God was on their side, and in the end they said the outcome was simply God's will.

We often hear the question asked, "Who is on the Lord's side?" But, in war, have you ever wondered which side the Lord is on?

During the civil war, the 1st Kentucky Cavalry was under the command of Colonel Frank Wolford of Liberty. The unit included 85 volunteers from Albany. They were known as The Wildcats after a battle on Wildcat Mountain near London. There were several brave and gallant men in the 1st Kentucky Calvary, but no one was more dedicated to the troops than its Chaplin, W. H. Honnell of Harrodsburg. Col. William Hoskins would later write that "not a soldier could be taken sick without his knowing it. He visited and conversed with all, ascertained their wants, and had them supplied if it was possible. Nor was this conduct occasional, it was continual and unceasing. His name was blessed a thousand times by sick and helpless soldiers. When any died, he was foremost in providing them a decent and Christian burial. He was not only kind and tender to the sick and wounded, but treated every one with gentleness and respect. Further, he was no coward. When marching, he was always in front near his gallant Colonel, and when the conflict raged, he could be seen where the danger was greatest."

During the fight at Lebanon, Tennessee, Chaplain Honnell became separated from his regiment, and rode into the rebel ranks, mistaking them for Union troops...

Colonel Morgan: "You take a position yonder," directing him to the rear.
Honnell: "I desire to go to my own regiment."
Morgan: "I told you where to go."
Honnell: "I don't like to be treated in such a way. I am chaplain of the 1st Kentucky cavalry, and want to go to my regiment."
Morgan: "It is hard for you to understand that I am Colonel Morgan, and you are my prisoner. My men need your prayers as well as Wolford's."

Honnell saw the position he was in, and submitted quietly. When Morgan commenced his retreat, he took Honnell along with him. After traveling at a pretty rapid gait for some distance, the Unionists' were gaining on him. Stopping to speak, Morgan said, "Well, Chaplain, I suppose we will have to separate, but before going you must pray." However, before the chaplain could do that, the Union army showed up and Morgan had to leave.

During his second inaugural address on March 5, 1865, President Abraham Lincoln said "Neither party expected for the war the magnitude or the duration which it has already attained. Each looked for an easier triumph. Both read the same Bible and pray to the same God, and each invokes His aid against the other."

So how could God be on BOTH sides?

According to Lincoln, neither side could claim God's special favor. "The prayers of both could not be answered. That of neither has been answered fully. The Almighty has His own purposes."

When we have deeply held beliefs, like most do, it is tempting to believe God is only on our side. But, there is a chance that He may very well be on their side, too!

Like it or not, the fact is God's offer of mercy is for ALL people.