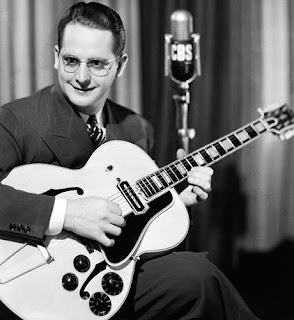 Les Paul was born on this date in 1915. One of his classic recordings by he and Mary Ford is part of my 78 r.p.m. collection. Translated as "Go with God," Vaya con Dos" was first recorded by Anita O'Day in December of 1952, but, the most popular version of the song was recorded by Les Paul and Mary Ford in June of 1953. It was released by Capitol Records as catalog number 2486 with "Johnny (Is the Boy For Me)" as the flip side. It first reached the Billboard magazine Best Seller chart on June 13th and lasted thirty-one weeks on the chart, reaching number one on August 8th and remaining at number one for a total of eleven weeks. The recording was number one on the Cash Box chart for five weeks. In 2005, this Les Paul and Mary Ford recording was inducted in the Grammy Hall of Fame. 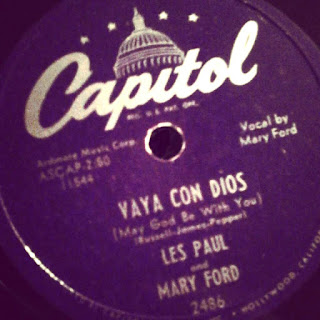