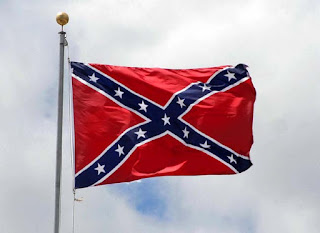 The Confederate flag was a battle flag. It was never a national flag. The CSA never adopted it.

"Racism and bigotry are to be despised and abhorred."

Hatred in the heart is the devil's doing. It is not brought on by a flag.

Trying to erase our past will not prevent further senseless acts of violence. People who want to kill are not going to stop because of a flag.