Waiting For The Right Thing To Be Done

President Obama is always talking about righting wrongs. On this anniversary of D-Day, I know of one wrong he can right: Award a Medal of Honor posthumously to First Lieutenant Garlin Murl Conner.

He served with distinction and valor in the United States Army during World War II. He is Kentucky's most decorated war hero. He servedon the front lines for over eight hundred days in eight major campaigns. He was wounded seven times but returned to combat and continued to fight on the front lines after each wound.

Audie Murphy has always been recognized as the most decorated soldier during World War II. The Medal of Honor would give Lt. Conner one more award than Audie Murphy, thus making him America's most decorated hero of all wars.

"There is no doubt that Lt. Conner should have been awarded the Medal of Honor for his actions," Ramsey wrote. "One of the most disappointing regrets of my career is not having the Medal of Honor awarded to the most outstanding soldier I've ever had the privilege of commanding."

Lt. Conner's fellow soldiers also filed affidavits crediting Conner with helping not only save the lives of fellow soldiers but being key to defeating the Germans in the battle.

"Between the artillery strikes Conner called in and spray from his own machine gun, he killed at least 50 German soldiers and wounded twice as many. His heroic and entirely voluntary act saved our battalion. If he hadn't done what he did, we would have had to fight for our lives," said retired Lt. Harold Wigetman, a member of the red Battalion.

Mr. President, do the right thing. Award the Medal of Honor to Lt. Garlin Murl Conner. 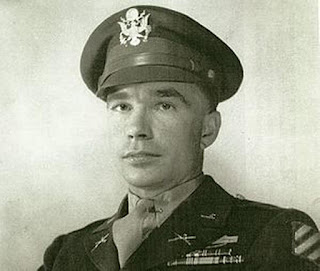