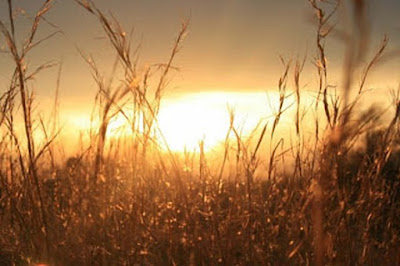 In 2009, my son, J.D., came back from an outing with his nana with a pair of steel-toed boots. I wondered aloud why and he simply said he had always wanted a pair. "Well, I suppose that's a good enough reason," I said. And then, the very next morning, the real reason showed up.

I dropped the boys off at school and after J.D. had exited the car from the backseat, I slowly began to pull away from the curb. I had no sooner began to do that when suddenly the back door opened. I applied the brake and before telling me that he had forgotten his baseball practice gear, J.D. very calmly said, "Pull up!" When I asked why, he said - again very calmly - "Pull up Dad, the tire's on my foot!" I panicked, of course, but he just laughed and said, "It's okay, I wore my steel-toed boots this morning!"

J.D.'s size 12 foot could have easily been broken or crushed had it not been for those steel-toed boots he just brought home the night before. I asked him if he had said, "Nana, I need to buy a pair of steel-toed boots because in the morning my dad is going to run over my foot!"

During one of my on-air shifts, I was distracted by the telephone and forgot to put Fox News on the air. As a song played, I just happen to glance at the clock and realized it was news time, so I hung up the phone and ran back to the control room. Just as I started to switch to the news, I heard a line in the song say, "Just one more day." When I switched to the news, at that very instant, I heard the announcer say, "Just one more day." I thought, "Huh?"

That sort of thing has happened to me more than once. The first time was when this lady from a record company was on the phone talking to me about a song, and in her comments she said the word "wonderful." At the same exact moment, over the monitor I heard the word "wonderful" in a song that was playing on the air. I lost track of the conversation trying to sort things out.

There is absolutely nothing more beautiful and amazing than the miracle and wonder of Easter. Fannie Crosby said it best in 1880 when she wrote, "Tell me the story most precious, sweetest that ever was heard."

Because of the wonders of His immeasurable passion, the unimaginable sacrifice when Jesus died on the cross and His glorious resurrection, the miracles of grace raise a man (or woman) to a life that never ends.