"All good things must come to an end," wrote my friend Mary Ellis in the Wayne Weekly, regarding the passing of Billy "Bobtail" Brown on July 12th, a day after his 54th birthday. That was such a sad day for his family and friends, and for his co-workers at Mill Springs mill, where Billy had been an essential worker for two decades, a third generation miller, beginning with his grandfather, H.C. Brown, who had a grist mill, blacksmith shop and sawmill in Clinton County. Bobtail's father, Billy Brown, Sr., learned the miller trade from his dad and had operated the Mill Springs mill for several years before turning the family trade over to Bobtail.

Bobtail was once asked what he liked best about his job. "People, people, people," he had said. Mary wrote that Billy loved introducing visitors to the granddaddy of all mills in this area. "He would educate them about the springs that powered the giant wheel, turning the stones used for grinding the kernels of corn," she said. "Special corn was needed," he would say, referring to an old time, non-hybrid variety of corn that had eight rows of kernels on the cob. According to Billy, the millstones could not handle hybrid corn, or corn with high moisture content, because of it being waxy and sticking onto the stones, which, he said, prevented the corn from feeding through.

Bobtail dedicated himself to keeping the mill running and producing meal with unique taste, texture and appearance for the many guests who came back year after year to eat hoecakes and take some cornmeal home with them. Jonathan Friedman, Resource Manager of Lake Cumberland, told Mary that the Corps had lost a true partner. "Billy didn't simply operate a mill and grind corn. He brought to life a historically significant icon to thousands of visitors and locals every year." Ranger Cody Hensley said Bobtail loved his job. "He was always happy to give tours at Mill Springs Mill, and made friends with everyone who visited," he said. While grinding cornmeal on the weekends, Bobtail would keep the crowds entertained by telling jokes and then sharing the history of the mill.

Billy Brown, Jr. was 26 years old when first began operating the mill, and in twenty eight years never missed a day's work, according to one of his co-workers, Judy Daulton. "That showed his true character," she said, adding that Bobtail took much pride in knowing that he knew a trade that very, very few people knew. Billy would deliver his corn to the Monticello Woman's Club, who would package and sell it. He loved to whittle and would carve roses and give them to visitors. Daulton said he was one contractor that never had to be inspected, nor did you have to worry about him not performing his job well.

The funeral service for Billy "Bobtail" Brown was held last Sunday at Talbott Funeral Home. Lake Cumberland Corps of Engineers is currently reaching out to various avenues for training, so the mill can remain open on Saturday's, Sunday's and holidays. 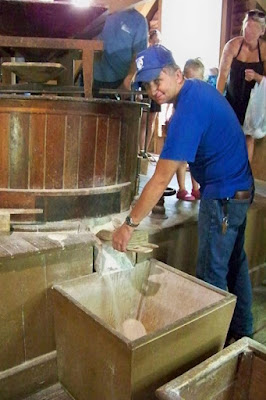 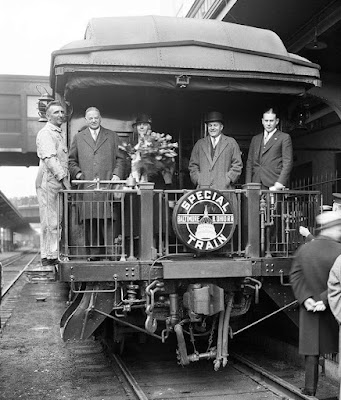