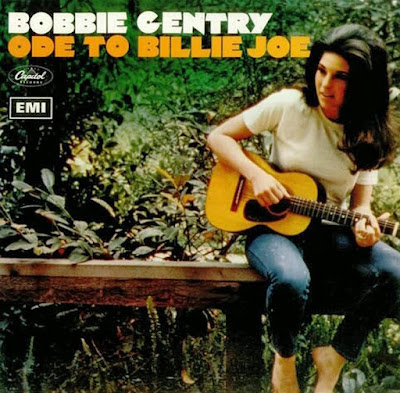 Released on June 1, 1967, the Beatles' "Sgt. Pepper's Lonely Hearts club Band" spent an incredible 15 weeks at the top of the Billboard Top 200 chart. The only album good enough to end the reign was "Ode To Billie Joe," by Bobbie Gentry. This week in 1967, the single hit #1 on the Billboard Hot 100 where it stayed until September 16th of that year.

Billboard ranked the record as the No. 3 song for 1967 and it generated eight Grammy nominations, resulting in three wins for Gentry and one win for arranger Jimmie Haskell. The original recording, with only Gentry's guitar, had eleven verses lasting seven minutes, telling more of Billie Joe's story. Realizing the song was a better option for a single, executives cut the length by almost half and re-recorded it with a string orchestra. The shorter version left more of the story to the listener's imagination, and made the single more suitable for radio airplay.

The single was incredibly popular. So popular that soon after the song's chart success, the Tallahatchie Bridge in Choctow County, Mississippi, where Gentry was from, saw an increase in those willing to jump off of it. Since the bridge height is only 20 feet, death or injury was unlikely. To curb the trend, the Leflore County Board enacted a law fining jumpers $100.

"I got some news this mornin' from Choctaw Ridge"

It’s uncanny the way the mystery of Bobbie Gentry echoes the mystery of “Ode to Billie Joe.” There are two mysteries in the song. The big one is, why did Billie Joe McAllister jump off the Tallahatchie Bridge? The other is, what did Billie Joe and the narrator throw off the bridge? But, the bigger mystery is, why did Bobbie Gentry walk away from her career? Following the success with 'Ode To Billie Joe, Gentry continued to make music and perform through the ’70s, but around 1981 she more or less disappeared from the public eye, and no one knows what she’s doing now. After a second marriage, to fellow singer/songwriter Jim Stafford, ended in 1979 after only 11 months, Gentry gradually receded from public view, retiring from performing and eventually settling in Los Angeles. It's too bad we don't have new music from her these days. That would be so great.

"It was the third of June, another sleepy, dusty Delta day, I was out choppin' cotton and my brother was balin' hay, And at dinner time we stopped and walked back to the house to eat, And Mama hollered out the back door "y'all remember to wipe your feet, And then she said I got some news this mornin' from Choctaw Ridge, Today Billie Joe MacAllister jumped off the Tallahatchie Bridge" 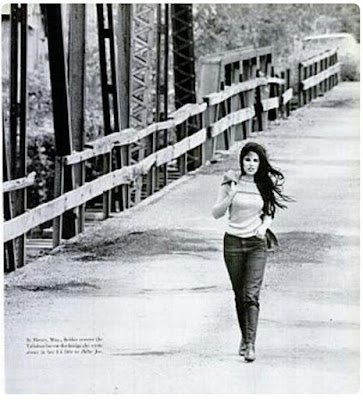