Tinker Dave Beaty: A Rough, Uneducated Mountain Man Who Never Forsook The Flag Of His Country 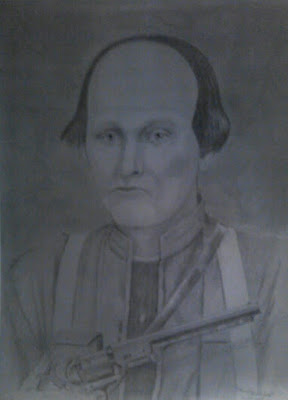 Along about the 1st of February, 1862, several of Captain Scott Bledsoe's men came to Tinker Dave Beaty's house in the Buffalo Cove area of Fentress County, Tennessee and told his wife to tell him that he must take sides in the Civil War or leave the country. They kept returning to the area every few weeks, killing and driving people off. Beaty told his sons that before he would leave home or run away, he would fight the enemy until Doomsday and if they killed him, let them kill him. Beaty raised a company of men, sometimes as many as 60, sometime as low as five. Included were his brother-in-law and nephews, my third great-grandfather, John Boles, and his sons, John Jr. and my great, great-grandfather, George Boles. The independent scouts also included my great, great uncles, Asa and Ahijah Smith. Beaty's Independent Scouts received no pay, but the government furnished them with all the ammunition they needed. At Champ Ferguson's trial, Beaty said, "I don't know how many men we bushwhacked and killed but I suppose we killed 25 or more." Some say more, many more. Major John Allen Brents of Albany would later write that Tinker Dave Beaty was a rough, uneducated mountain man, who never forsook the flag of his country. 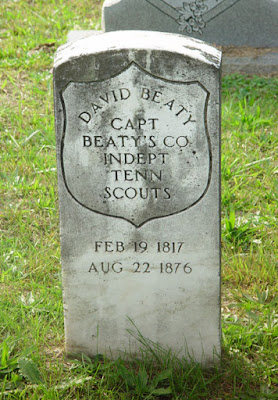