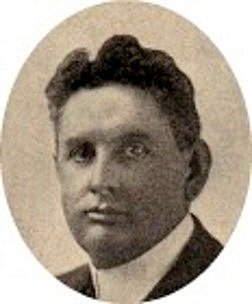 While tenor Byron Harlan enjoyed an extremely successful solo career with over 50 top ten recordings from 1899 through 1919, he became hugely famous as one half of the “Half-ton duo” with baritone Arthur Collins.


To listen to recordings by Byron Harlan, or other early recording artists, visit the Cylinder Preservation and Digitization Project at the University of California at Santa Barbara.
at July 27, 2012