Edna White. A native of Stamford, Connecticut born in 1892, Edna White Chandler was an american trumpeter, with a long career onstage and as a soloist with bands and orchestras. She had a vaudeville act with her second husband, and in the 1930s also sang in musicals. White was a prodigy, noticed by Frank Damrosch, who invited her to study at the Institute of Musical Arts (later the Juilliard School), where she graduated at age 15; she then toured the vaudeville circuit with a female ensemble (two trumpets, two trombones). The opening ceremony in March 1915 of the first transcontinental telephone transmission (Brooklyn to San Francisco) was enlivened by her performance of "Silver Threads among the Gold." In the 1930s she was on the radio, and on Feb.9,1949 she gave a recital at Carnegie Hall.

Edna retired in 1957, although she continued to mentor young trumpeters and was occasionally interviewed in the popular press and for trumpet-oriented publications. White began to record with the Edna White Trumpet Quartet in 1918, for Columbia, doing first "Just a Baby's Prayer at Twilight". She continued with Columbia to 1921. Her first Edison discs (Dec.15,1920) were "The Debutante" and "Recollections of 1861--1865". She made eight more Edisons, the final one in September 1926: "Sweet Genevieve". During this period, she was married to vocalist Torcum Bezazian, who appeared on some of her recordings and toured with her on the vaudeville circuit. In 1980 Merritt Sound Recordings of Buffalo, New York, issued the cassette Life with My Trumpet, featuring some of her early recordings and White reminiscing about her career, recorded at that time (a copy is held by the Library of Congress).


To listen to recordings by Edna White, or other early recording artists, visit the Cylinder Preservation and Digitization Project at the University of California at Santa Barbara.
at July 27, 2012

Dear Ancestor Your tombstone stands among the rest Neglected and alone The name and date are chiseled out On polished marble stone... 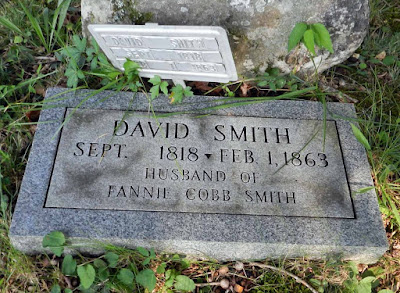