From Whence Our True Freedom Comes 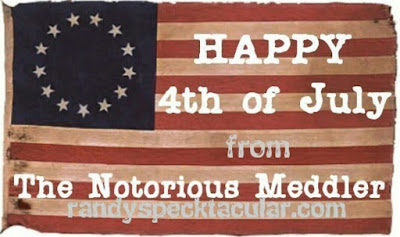 Did you know that ''The Star Spangled Banner'' wasn't actually adopted as the official national anthem of the United States until 1931? Before that, the nation had a few de facto national anthems, and ''The Star Spangled Banner'' wasn't even the most popular. That honor goes to ''America (My Country, 'Tis of Thee)." For a century, this was the most beloved 'unofficial' anthem of the nation.

The story of this popular hymn begIns in 1831, when Samuel Francis Smith, a student at the Andover, Massachusetts Theological Seminary, who would later become a Baptist preacher, journalist and author, was asked to translate the lyrics in some German school songbooks into English. The "God Save the Queen" melody caught his attention, but rather than translate those lyrics, Smith was moved deeply by the desire to create a national hymn that would allow the American people to offer praise to God for our wonderful land. And so, in just thirty minutes, he wrote his own words to the melody and "America (My Country, 'Tis of Thee)" was born.

The first three verses of this patriotic hymn encourage and invoke national pride, while the last verse is a petition to God for His continued favor and protection of the United States of America. "Long may our land be bright with freedom’s holy light," it says. 2 Corinthians 3:17 says “Where the Spirit of the Lord is, there is liberty (aka freedom)," which is to say Christ is where true freedom is found. It is a freedom that lasts for an eternity, not anything temporary. The kind of freedom we will never have to worry about being stolen or taken away.

It was William Penn who wrote: "Men must be governed by God or they will be ruled by tyrants." And, while America strives to provide freedom, let us pray that we never lose sight of from whence our true freedom comes.