How I Am Related To The Famous Tinker Dave Beaty


David "Tinker Dave" Beaty, leader of the Independent Scouts during the Civil War, is one of the most famous or infamous individuals that Fentress County, Tennessee ever produced. He did not choose the war so much as the war eventually came to him. 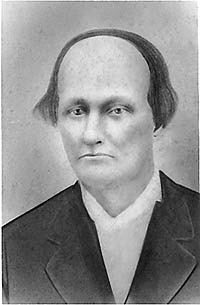 Tinker Dave said, “About ten or twelve days after the Mills Springs fight, several of Scott Bledoe’s men came to my house and told my wife to tell me I must take sides in the war or leave the country. They took some of my property, some saddles and other things belonging to me, when they left and as they were going down to cross the creek I fired on them, wounding one man and a horse. After this they kept running in on us every few weeks. I told my boys that before I would leave home or run away that I would fight them to Doomsday and if they killed me, let them kill me. So I took my sons and raised a company of men to fight them.” 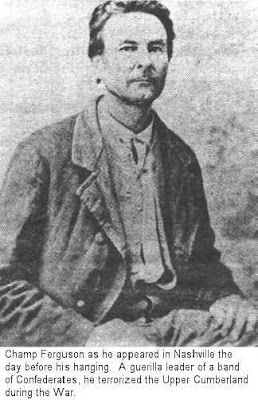 Champ Ferguson, who lived in Albany, Kentucky, had been swindled in a business transaction and, wanting to reaquire his property, traveled to a camp meeting, which ended up being a fight where Champ stabbed a man. He agreed to join the Confederacy and the case was dropped. Resenting him taking up the southern cause, a group of Union advocates went to Champ's home while he was away, and forced his wife and teenaged daughter to undress and cook a meal before them. Then, paraded them down a public street in the nude. Champ swore not only to track down and kill all those involved, which he did, but he also swore to personally kill a 100 Yankees for for this crime against his family, which he did.

So, it is plain to see that while Tinker Dave Beaty gathered together Union sympathizers in answer to the Confederate home guard, Champ Ferguson answered the call of the confederacy because of what happened to his wife and daughter. They were each others biggest rivals. The Nashville Dispatch noted that Beaty ‘fought Champ Ferguson from the beginning to the end of his career. The paper said, "They have shot at each other innumerable times, and each has received ugly wounds. They were deadly enemies, and hunted each other down with savage ferocity."

According to a letter printed in a newpaper May 25, 1864 and identifing each member of the Independent Scouts and when they joined, two of them are my direct descendents, John Boles, and his son George. John joined on March 25, 1862, while George signed up three months later. 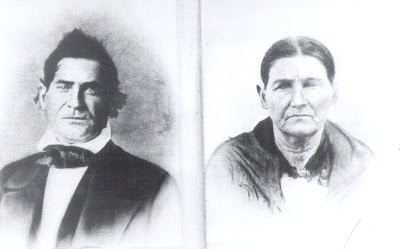 Pictured above is John Boles' son, George Washington Boles, my great-great-grandfather. In the 1934 Centennial program for Clinton County, George was quoted as saying he 'always made the rebels run' and that he remembers voting for Abraham Lincoln for President. Someone in Champ Ferguson's gang, or even Champ himself, shot two of his fingers off during a skirmish, as you can clearly see in the photo below. George and his wife, Deborah, are buried at Cedar Hill Cemetary in Clinton County. Here they are.... 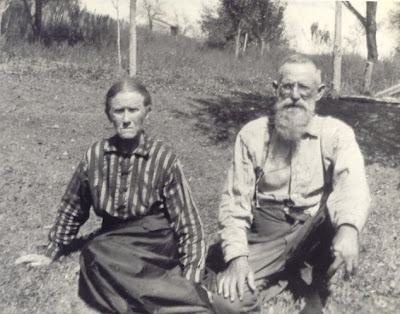 George and Deborah had a son named, Alijah Hige Boles, my great-grandfather. Here he is... 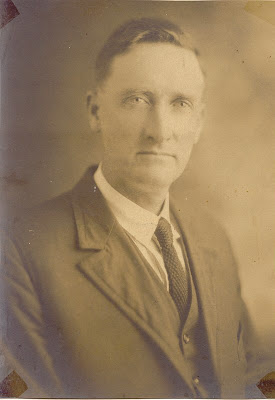 Hige was deputy sheriff of Clinton County for his uncle, Willie Winningham.

Pictured below is a four-generations photo of George Boles, Hige Boles, Elmer Boles (my grandfather) and my mom, Glenda.... 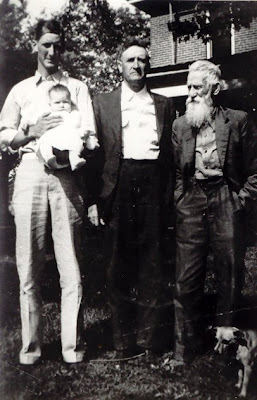 So there you have it....Tinker Dave Beaty was my great-great-great-uncle by marriage.

In the letter mentioned above, Tinker Dave said he wanted to "rid this country of men who are robbing, thieving, plundering, and shooting regular soldiers as they pass about. Such is the character of a few men now infesting part of this country. Wolf River, the hills and mountains of Overton county, are their hiding places. Some of them have been caught by regular soldiers and released upon oath. What! Release guerrillas and bushwackers on oath? I want to hunt the mountains and kill them; catching them and releasing them will never do, because it will never break the thieving crew."

At the end of the war, Tinker Dave Beaty went unpunished for his actions, while Champ Ferguson was hanged for his. That is because Tinker Dave's side won the war. Before the execution was carried out, Champ Ferguson said, "I wish there had never been a war."