With football season in full swing, I thought I would re-publish the following story in case some of you missed it the first time. Actually, I needed to re-read this myself. I hope you enjoy it...again 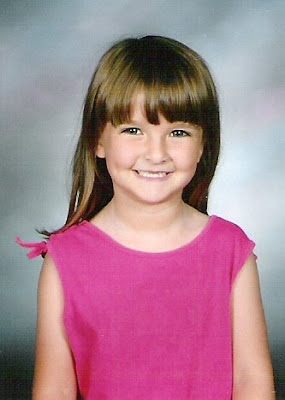 Cassie, my little 8-year-old niece, came to my house the other day with my mom. Unfortunately, the kids and I were gone somewhere. When she got out of her car, mom noticed J.D.'s ankle weights lying on the ground over by the basketball goal.

That boy is constantly leaving something outside. One day he was kicking a football out in the yard, when he managed to get not one but TWO footballs stuck high in the tree out near the mailbox. Those were the only footballs he had, and he tried for several days to bring them down by throwing rocks and other objects at them. As a matter of fact, Elijah and I also joined in the rescue operation, but none of us had any success. It appeared that J.D.'s footballs were destined to stay up in that tree forever. 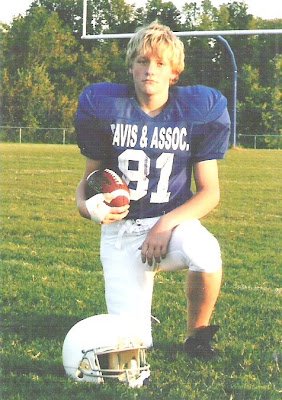 And then one day, as J.D. would probably describe it, something miraculous happened -- a power outage. Miraculous because the power outage sent Richie Richardson of South Kentucky RECC to our home. J.D. looked out the door and saw Richie standing beside his ladder truck, which just happened to be parked next to the tree, that coincidently held J.D.'s footballs. In a flash, J.D. was out the door. A minute later, I looked outside just in time to see Richie using this long-arm apparatus to remove the footballs from the tree. Then, I saw him turn toward J.D. and point up to the sky, in the opposite direction of the tree. I chuckled when I saw him do that. Later, J.D. said Richie told him to kick the football 'THAT WAY' from now on! I can still see Richie smiling as he drove off down the road waving goodbye to a very happy J.D. Speck.

Mom retrieved J.D.'s ankle weights from the yard and carried them into the house. Cassie saw her lay them down and went over to investigate. She wanted to know what they were. Mom explained to her how that J.D. uses the ankle weights to strengthen his leg muscles so that he will jump higher when he is playing basketball. A puzzled Cassie replied, "Isn't that illegal?"

Have you ever been at that spot in the road where you find yourself in a lull because of something that's weighing you down? And, no matter how hard you try, you're just stuck...like J.D.'s footballs? Even though it may be a hard battle, don't give up. GOD LOVES YOU. Reach out to Him. He will be reaching back for you. J.D. could not get those footballs to move until he asked Richie to help him. And, you know, no matter how far out of reach a solution seems, no matter how difficult the situation is, no matter the size of the weight you are carrying around, just trust in the Lord. He WILL make a way for you. His strength is perfect.