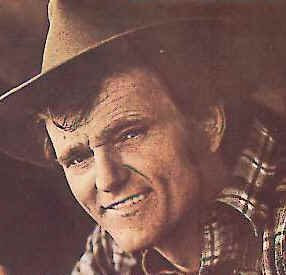 Jerry Reed, singer-songwriter and actor, died August 31st of complications from emphysema. He was 71. Known as "The Guitar Man," Reed had great success as a songwriter. Elvis recorded his "Guitar Man" and U.S. Male." As a singer, Reed had smash hits with When You're Hot, You're Hot, Lord Mr. Ford, She Got The Goldmine (I Got The Shaft), The Bird, East Bound and Down and many others. His film credits include: W.W. and the Dixie Dancekings, Gator, High Ballin, Hotstuff, all three Smokey and the Bandit movies. He also starred in the 1998 Adam Sandler movie, Waterboy.

He said, "I was out on the Cumberland River fishing, and I got a call from Felton Jarvis (then Presley's producer). He said, 'Elvis is down here. We've been trying to cut 'Guitar Man' all day long. He wants it to sound like it sounded on your album.' I finally told him, 'Well, if you want it to sound like that, you're going have to get me in there to play guitar, because these guys (you're using in the studio) are straight pickers. I pick with my fingers and tune that guitar up all weird kind of ways.'" Jarvis hired Reed to play on the session. "I hit that intro, and Elvis's face lit up and here we went. Then after he got through that, he cut my "U.S. Male" at the same session. I was toppin' cotton, son."

Chet Atkins always said he thought Jerry Reed was a better fingerstyle guitar player than he was. He said Jerry Reed helped him work out the fingerpickin' to Atkins' hit Yakety Axe.

Jerry was an avid fisherman and came to Gunnels Camp often to fish.