Raccoon John Smith was a noble pioneer of the restoration movement in America. Born October 15, 1784, he was the son of George Smith, who was the second person to arrive at Stockton Valley, and who was one of the original members of Clear Fork Baptist Church.

When John was a young man, Clear Fork donated a tract of land for the first school building. It was there that Racoon John Smith learned to read and write. One day the teacher, who was gaining a reputation as a drinker, stood up before the school and bantered the students to give him some problem in arithmetic which he could not solve. John Smith asked him: "Master, how many grains of corn would it take to make a square foot of mush?" Smith took a special delight in pestering the teacher. One day while he slept, John took a shovel full of hot burning embers from the fire and poured them into the large open pocket of the teacher's linsey coat. The rest of the children stood aghast at the deed, then seizing their books they fled to the woods. The schoolteacher slept on until the smoke of his burning coat awoke him.

Bro. Isaac Denton, Clear Fork's first pastor, seemed to have a special regard for John, and John was ever ready to go over and help the pastor till his plot of ground. A desire to preach seized the young fellow's heart, but he had difficulty in believing the baptist doctrines.

In 1808, John Smith was ordained to preach. On January 7, 1815, while away from home preaching, his wife, Ann, was called to the bedside of a sick neighbor. While away her cabin caught on fire, and two of the older children were burned to death. Her face never brightened again, and soon after she sickened and died. It was then that Racoon John Smith began to question his religious beliefs and what his Church stood for.

In the spring of 1824, John rode twenty miles from his home at Parmleysville in Wayne County to hear Alexander Campbell speak. He then decided that he no longer believed the way Clear Fork Baptist Church believed. In January, 1828, he went into the ministry full-time.

In 1831, he returned to Stockton Valley to visit his mother. She asked why he hadn't waited till she was dead before he had made the changes he had in religious matters and wept sorely in his presence. He told her that he alone would have to answer for himself at the Judgment. After that, his mother always stood up for him when all others in the community did not.

Raccoon John Smith gave the first unity sermon on New Year's Day 1832 in Lexington, Kentucky. Following the sermon, those in attendance who represented two different sides to the restoration movement, grasped hands demonstrating the value of the plea for unity. Thus, John Smith was credited with pioneering the cause of Christian unity by the restoration of New Testament Christianity.

Racoon John Smith traveled far and wide to preach. On February 9, 1868, he walked to a meeting place over icy ground on a very cold day. The next day he was ill. During his illness he spoke with confidence to those around him as to his future, and one day asked for some music. Some of the brethren were brought in, and they cheered the dying saint with "Since I can read my title clear to mansions in the skies." 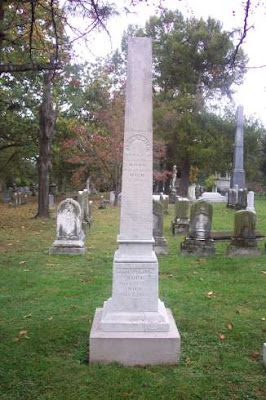 John Smith died February 28, 1868 and is buried in Lexington. 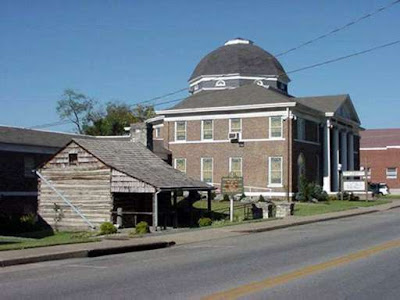 His cabin is on display in downtown Monticello.