John Frogge, Jr., my 5th great uncle, was killed in the Battle of Point Pleasant on October 10, 1774. The Ohio Valley indians were trying to drive back the white invaders from their hunting grounds and the Virginians were seeking only to protect their settlements from the rifle, tomahawk and scalping knife. This battle made possible the first settlement in Kentucky.

The plan was to force the indians to accept an Ohio River boundary which had been negotiated with the Iroquois in the 1768 Treaty of Fort Stanwix. The call for volunteers went out. John Frogge, Jr., now with a young pregnant wife and a 3-year-old child at home, hesitated to enlist. But, wanting to join his cousins, neighbors and fellow countrymen for their retribution against the Indians, he told his wife that he would only provide an escort for the militia and would return prior to the engagement. He told her that he would only act as a sutler, behind enemy lines, providing them with provision such as, blankets and food between encampments.

After all the organizing had been done, the army marched on to its destination: Point Pleasant, Ohio, which was a bottom land that extended nearly four miles to the Ohio River. What the army did not realize was that the Indians were watching them. After dark on the evening of October 9, the Shawnee, led by chief Cornstalk, crossed the river on seventy-nine rafts three miles above Lewis' camp, then crept through dense growth along the east bank, and were ready to surprise the Virginians at daybreak, except.....for one unseen event.

Two soldiers had left camp to hunt deer when they found themself surrounded by indians. One of the soldiers was killed. The other managed to escape and ran back to warn the army. 300 men came scrambling after the indians. Little did they know they were about to engage the entire united force of the enemy Ohio indians. The troops had only marched about three-quarters of a mile, when they were ambushed by the indian force. There was furious fighting on all sides. The battle lasted from half an hour after sunrise, to the same time before Sunset. The Shawnees mistook a group of reinforcements as fresh troops and fled across the Ohio and back to their villages. The Virginians, even though greatly outnumbered, had managed to win the fight. But, the all-day battle had claimed the lives of many men, including John Frogge, Jr., who did not have time to return to his family prior to the engagment as he had promised his wife.

A story, told by Virginia Governor Thomas Gilmer went like this: “On the morning of the battle, back in Staunton, Virginia, a little girl named Elizabeth Frogge, daughter of John Frogge, Jr., was sleeping, when suddenly she waked, screaming that the Indians were killing her father. She was quieted by her mother, and again went to sleep. She again waked, screaming that the Indians were killing her father. She was again quieted and went to sleep, and was waked up by the same horrid vision, and continued screaming beyond being hushed. Agatha was very much alarmed at the first dream. But when the same horrid sight was seen the third time, Agatha's imagination, presented to her the spectacle of her husband scalped by the Indians. Her cries drew together her neighbors, who, upon being informed of what had happened. Soon, all of Staunton was in a state of commotion. Elizabeth was only three years old when the dream came to her. Soon, they would know that the little girls dream was real. 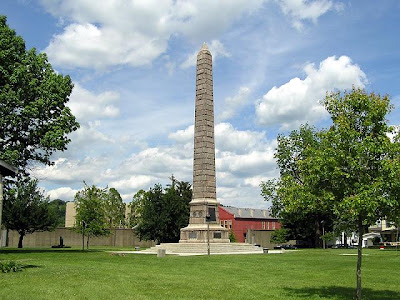