The Department of Sound 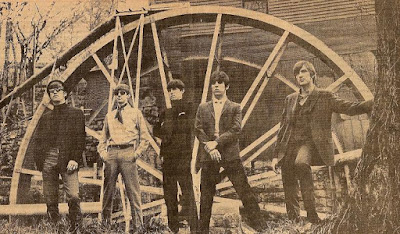 In the summer of 1968, a local band formed that would quickly grab my attention. I had heard of Lynn Avery, and had even watched him perform. I had been in his dad's store many times. I would find myself staring at him because I wanted to do what he did. Play music. I had also heard of David Pennycuff and had seen him perform. (Later, I would be fortunate enough to perform on stage with David many times.) Although I had never heard of the other members of this band that had just formed, I would soon come to know them well, especially the organ player, Jim Powell. Jim played organ in this band and I loved it. That's because I wanted to be a keyboard player myself. Then later, I watched as Jim played bass and drums superbly in other great bands he was in, and I thought, "Boy, this is gonna be tougher than I thought!"

In an April 1969 article in the Clinton County News, the group announced it had signed a recording contract with Golden Records of Baton Rouge, Louisiana. It was on May 20, 1969, 40 years ago last Wednesday, when the band released a 45rpm record. Side A was “I’ve Got Money” and Side B was a song written by the group, entitled, “Things Have Just Begun.”

I didn't really know the Gibson brothers, but Dave, Jim and Lynn have been great friends of mine for nearly my entire life. I grew up in awe of each of them, greatly admiring their talents. So, it is an honor for me to pay tribute to The Department of Sound on the anniversary date of their record, and to say thanks for the music.