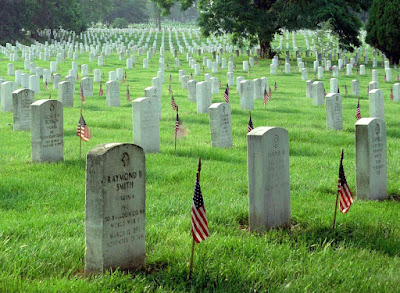 On this Memorial Day, I want to pay tribute to two fallen soldiers. I hope you enjoy reading this story, which was written especially for my family. - Randy.

The Battle of Camden, South Carolina
During the American Revolutionary War, almost every able-bodied man, who was not a part of the Continental Army, joined their local Milita to help protect the settlement in which they lived. Such was the case for Jacob Speck. On July 21, 1780, General Horatio Gates was at Camden, South Carolina commanding a force of 3,200 troops of which Jacob was a part of. The British general, Lord Charles Cornwalis, was also there with an army of 2,100. Even though Gates had Cornwalis outnumbered, most of the americans lacked experience and training. The North Carlina Militia had never been tried. Gates was advised NOT to go into battle under the circumstances. But, he ignored the warning.

Just before dawn on August 16th, the British troops opened the battle as the right flank fired volley's into the militia regiments, causing a significant number of casualties. When the remaining militia looked up, they saw British troops advancing toward them with their bayonets drawn. This tactic had never been used before. The shocked militia realized they did not have bayonets to counter the attack! Panic began to spread and most of the militia fled before the British regiments reached them. General Gates was among the first to run from the field, leaving his remaining troops on the field alone. Within a matter of minutes, the whole rebel left wing had evaporated.

Five years earlier, Jacob and Catherine Speck had gotten married. She was 16 at the time. Jacob Jr. was now four, Michael had just turned two and a third son, George, my 6th great-grandfather, was less than two months old. It is hard to imagine what Catherine must have thought or felt as she watched her husband leave home to defend their new settlement. It is even harder to imagine what she must have felt later. For you see...in that pre-dawn hour on that warm August 16, 1780 morning, when the smoke and dust from the cannon volley's had finally cleared, Jacob lay dead on the battlefield.

The Battle of Camden, South Carolina, which was depicted in the 2000 movie, The Patriot, was likened to 'the darkest hour before the dawn.' For Jacob Speck, it was his darkest and final hour. George Speck never knew his father, but I am reminded that God never closes one door without opening another. Before his death, He had allowed Jacob to plant the seeds that would produce many future generations of Speck family members, and I'm pretty sure that before he left home to do battle, Jacob must have looked at sons and thought about their futures...even one that included me.


The Battle of Point Pleasant
In 1774, the Ohio Valley indians were trying to drive back the white invaders from their hunting grounds and the Virginians were seeking only to protect their settlements from the rifle, tomahawk and scalping knife. The call for volunteers went out. John Frogge, Jr., now with a young pregnant wife and a three-year-old child at home, hesitated to enlist. But, wanting to join his cousins, neighbors and fellow countrymen for their retribution against the Indians, he told his wife that he would only provide an escort for the militia and would return prior to the engagement. He told her that he would only act as a sutler, behind enemy lines, providing them with provision such as, blankets and food between encampments. So, after organizing, the men marched to Point Pleasant, Ohio. What they did not realize was that the Indians were watching them. After dark on the evening of October 9, the Shawnee, led by chief Cornstalk, crossed the Ohio River and were ready to surprise the Virginians at daybreak, except.....for one unseen event.

In the early morning hours of October 10, 1774, two soldiers had left camp to hunt deer when they found themselves surrounded by the indians. One of the soldiers was killed. The other managed to escape and ran back to warn the others. The 300-man army suddenly found themselves standing face to face with the entire united force of the enemy Ohio indians. The battle lasted all day, until just before sunset, when the Shawnees mistook a group of reinforcements as fresh troops and fled across the Ohio and back to their villages. Even though greatly outnumbered, the Virginians had managed to win the fight. But the battle had claimed the lives of many men, including John Frogge, Jr., who did not have time to return to his family as he had promised he would.

By the way...Elizabeth was that three-year-old daughter of John Frogge, Jr. He was my 5th great uncle on my mom's side.


This Memorial Day, I thank God for people like Jacob Speck and John Frogge, Jr, just two of my ancestors who died in battle while fighting for something they believed in...freedom.