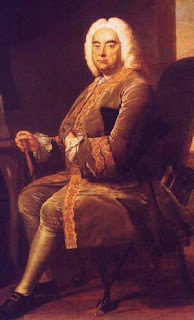 His father tried to discourage his musical interests, preferring that he enter the legal profession, but it was the organ, harpsichord and violin that captured the heart of young George Frederic Handel. Soon this remarkable child began composing operas and by his 20s, he was the talk of England and the best paid composer on earth. Londoners fought for seats at his every performance, and his fame soared around the world. But, all too soon the glory passed and audiences dwindled. His music became outdated. One project after another failed, and Handel, now bankrupt, grew depressed. The stress brought on a case of palsy that crippled some of his fingers. "Handel's great days are over," wrote Frederick the Great. "His inspiration is exhausted!"

But Handels troubles matured him. His sharp tongue softened. His temper mellowed, and his music became more heartfelt. One morning, he received a manuscript from Charles Jennens. It was a word-for-word collection of various biblical texts about Christ. The opening words from Isaiah 40, "Comfort ye, comfort ye my people," moved Handel.

On August 22, 1741, he shut the door of his London home and started composing music for the words. Twenty-three days later, the world had Messiah. "Whether I was in the body or out of the body when I wrote it, I know not," Handel later said, trying to describe the experience. Messiah opened in London on March 23, 1743 with Handel leading from his harpsichord. King George II, who was present on opening night, surprised the crowd by leaping to his feet during the Hallelujah Chorus. No one knew why and regardless of why, to this day when the chorus is performed audiences have stood in reverence to the stirring words: Hallelujah! For He shall reign forever and ever.

Handel's fame was rekindled and for the next several years he continued performing his oratios. He died on April 14, 1759. 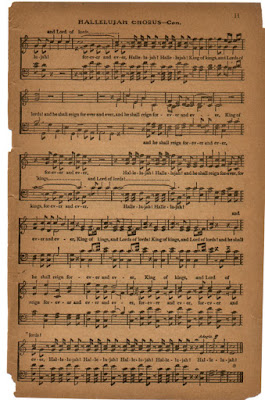 *Taken from Then Sings My Soul - 150 of the World's Greatest Hymn Stories by Robert J. Morgan.