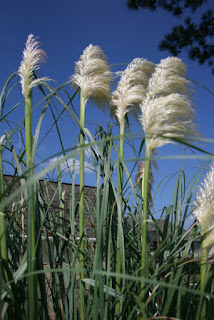 This time of year it is so easy to let our minds wander back to Chrismases of days gone by - those special moments shared with family and friends which fill our hearts with joy and gladness. It's one of the things I love about Christmas. I was thinking about some of those 'precious memories' today,' when that great hymnal popped into my head. I love this song, but after reading the story of how it came to be written, I realized that, for its writer, it was bittersweet.

One crisp, autumn night in 1923, at his home near Hamlin, Texas, the thoughts of a gentle, unassuming farmhand turned to the days of his youth - days before the family circle was broken. Days when cares of the world were unknown. John Braselton Fillmore Wright was not yet an old man, but several events had occurred which caused him to reflect back upon happier days.

Wright’s earliest memories were of his father and mother singing together the songs of their youth. It was this early environment which inspired him to write more than 500 songs. He falls into a category with a fortunate few who spend a lifetime writing songs, and for some unexplainable reason, comes up with THE SONG which eclipses all the others, and lifts one to an imperishable place in the hearts of the people. This happened to John Braselton Fillmore Wright when he wrote Precious Memories.

In 1909, word came to John Wright that his mother had “gone home to glory.” Five years later his father died. The now middle-aged song-writer recounted that the loss of his parents had a “tremendous effect on my life.” But it was on the still, autumn night of October 23, 1923, while he lived in Hamlin, Texas, that scenes of the home he had left 20 years before unfolded in his mind, and he was inspired to write his famous song.

The event, which weighed most heavily on his heart that autumn night, was the recent death of his youngest son, Everett Jackson Wright. “We lived by the railroad, below Hamlin, Texas” Mr. Wright wrote some years later. “Little three-year-old Everett would watch for the ‘chwains,’ as he called them, and he would stand at the frontyard gate and wave his little hands to the trainmen as they passed our house. They would always wave back to him. On Sunday evening, January 22, 1922, he (Everett) was stricken with “Membrane’s Croup” (now known as Diphtheria) and the next day, just as the sun went down, our little boy was dead. For many days after this, when the trains would pass the trainmen would be watching for little Everett to wave, but he was not there. Many times I watched them looking for him, and I wept and cried.”

Some time later as he reflected back on that autumn night in 1923 when he wrote his famous hymn, Mr. Wright said, “when my thoughts turned to my own little son whom we had buried the year before, I bathed my pillow in tears.”

Precious memories, unseen angels
Sent from somewhere to my soul
How they linger, ever near me
And the sacred past unfold

Precious father, loving mother
Fly across the lonely years
And old homescenes of my childhood
In fond memory appears

In the stillness of the midnight
Echoes from the past I hear
Old time singing, gladness bringing
From that lovely land somewhere

As I travel on life's pathway
Know not what the years may hold
As I ponder, hope grows fonder
Precious memories flood my soul

Chorus
Precious memories, how they linger
How they ever flood my soul
In the still ness of the midnight
Precous, sacred scenes unfold


Precious Memories first appeared in “Harbor Bells,” published by V. O. Stamps in 1925. It listed J. B. F. Wright as the owner, but with no copyright. According to Nellie Wright, a distant cousin, “a verbal agreement (was made) with Mr. Stamps that every time the song was recorded, he’d get a certain percentage royalty. He only got royalty from the first recording that amounted to $36.00. Then Mr. Stamps died and his heirs would not honor the agreement.”

We often talk about one’s education and what academic level of higher learning we have achieved. There is no doubt that formal education is essential in today’s world. However, some good, sacred memory preserved from childhood is perhaps the best education one could obtain. There is nothing higher, nothing stronger, nothing more wholesome, and nothing better for life in the future than some good memory, especially a memory of childhood, of church, or of home. One of the most critical factors in making right decisions is precious memories.

taken from words written by Robert J. Taylor
at December 20, 2009