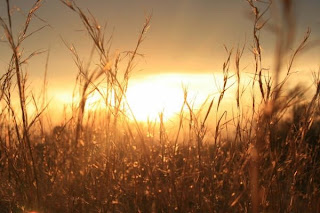 Why! who makes much of a miracle?
As to me, I know of nothing else but miracles,
Whether I walk the streets of Manhattan,
Or dart my sight over the roofs of houses toward the sky,
Or wade with naked feet along the beach, just in the edge of the water,
Or stand under trees in the woods...
Leaves of Grass (Walt Whitman)


Last night, J.D. came back from his outing with his nana with a pair of steel-toed boots she had bought him. I wondered aloud why he had bought them and he simply said he had always wanted a pair. My exact reply was, "Well I suppose that's a good enough reason." And then, this morning, the real reason showed up. I dropped the boys off at school at 7:20 a.m., and after J.D. had exited the car from the backseat, I slowly began to pull the car away from the curb. I had no sooner began to do that when suddenly I heard the back door opening! I slammed on the brakes as I looked back and saw J.D. opening the door. Before he could tell me that he had forgotten his baseball practice clothes, he said - rather calmly - "Pull up!" When I questioned why, he said - rather calmly - "Pull up Dad, the tire's on my foot!" I panicked, of course, but he just laughed and said, "It's okay, I wore my steel-toed boots this morning!"

Praise the Lord for small miracles, or perhaps big ones in J.D.'s case, since he wears a size 12 shoe, and that big foot of his could have easily been broken or crushed had it not been for those new boots he just brought home the night before. I asked him today if last night he said, "Nana, I need to buy a pair of steel-toed boots because in the morning my dad is going to run over my foot!" He just laughed. 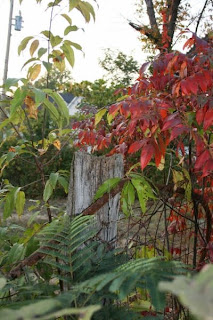 What today will bring

About every old thing

Where I will go

What you are doing

This morning, during my on-air shift, I was distracted by the telephone and forgot to put the 11:00 a.m. Fox News on the air. A song was playing on the air and I just happened to glance at the clock and then realized it was news time, so I hung up the phone and ran back to the control room. The song playing was a new one by Jonathan Singleton, called "Living in Paradise." In the control room, I started to take the song off the air and put the news on in its place. At that instant, I overheard the line in the song, which went, "Just one more day..." When I flipped the switch, at that instant, I heard the Fox News announcer say, "Just one more day." I thought, "Huh?" In that moment of confusion for me, I realized the announcer was talking about 'one more day inside the space shuttle,' while the singer was singing 'one more day in paradise.'

That sort of thing has happened to me more than once. The first time was when this lady from a record company was on the phone talking to me about a song, and in her comments she said the word WONDERFUL. At the same exact moment she said WONDERFUL, over the monitor I heard the word WONDERFUL in a song that was playing on the air. I lost track of the conversation after that, and as I was trying to 'sort things out,' I realized there was silence on the other end of the line. Apparently, she was waiting for me to respond to something she had said or asked.

I like to think that maybe I am just in tune with myself, eh? Okay, so well that sounded good anyway.

While researching some miracles and wonders, I ran across a fantastic blog by Amy Wyatt of Georgia. Visit Signs, Miracles and Wonders.