When TV Was Good 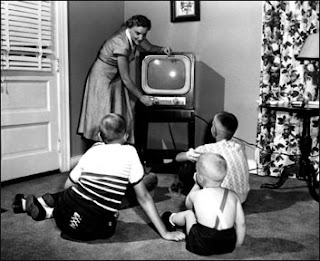 Remember when we only had three TV channels, or four if you went outside and turned the antenna? I miss those days. We now know that TV was better back then, with shows like Gilligan's Island, Batman, My Three Sons, Gomer Pyle, U.S.M.C., The Lone Ranger, Superman, Lost in Space, Gunsmoke and The Monkees. The list is long and memorable. I remember watching the Red Skelton Show and the Beatles of Ed Sullivan. I loved Match Game and To Tell The Truth, and Laredo. I was a TV junkie. I even collected TV Guides! I used to be able to quote the poem, High Flight, by John Gillespie Magee, Jr., which was used by one of the networks during its sign off.

Oh! I have slipped the surly bonds of earth
And danced the skies on laughter-silvered wings
Sunward I've climbed, and joined the tumbling mirth
Of sun-split clouds - and done a hundred things

I lived for Saturday morning cartoons, like Huckleberry Hound, Felix the Cat and Underdog! After the cartoons ended it was time for the main event - wrestling! I grew up watching TV studio wrestling. Announcers Lance Russell and Dave Brown were my heroes. I wanted to be them so badly, but just never got around to seriously pursuing it.

Lance: "Yello' everybody, Lance Russell and Dave Brown ringside for another BIG DAY of Championship Wrestling!" Our first match of the day is between Brickhouse Brown and Beautiful Bobby Eaton. Let’s go to Davey in the ring for the introductions. Take it away, Davey.”

My all-time favorite TV show is The Andy Griffith Show. My friend, Steve, who’s a bigger TAGS fan than I am, sent me an e-mail the other day of what late broadcaster Paul Harvey had to say about TAGS.

Since television ran away from home .. it has been wandering .. searching .. trying to find it’s way back to Mayberry. These days, whatever I’m watching, I’m unfulfilled. I can close my eyes and smell the crayons in Miss Crump’s classroom. I can smell the bay rum in Floyd’s Barber Shop. When I open my eyes, I see mostly mayhem. And as Charlene Darling would say "that makes me cry." From our weekly visits to Mayberry, we learned tolerance for Otis Campbell’s weakness .. and for Aunt Bea’s pickles. We learned compassion from Opie’s misused slingshot and we were introduced to soft love at Myers Lake. The bumbling Goober’s among us learned that we still may be smarter than anybody when it comes to fixin’ cars. Barney Fife .. taking himself so very seriously .. was a mirror reflection of most of us. And Sheriff Andy Taylor understood. Mayberry .. where are you now when we need you so?!? Might television ever find its way back to Mayberry? Is the image of father and son, hand-in-hand, going fishing too trite, too provincial for contemporary plausibility? One might think so .. except .. that episodes remain evergreen in re-runs. After all these years .. the bullet in Barney’s pocket still evokes a smile. City folks .. intimidated .. or seduced by drifters. Buddy Ebson as a hobo was helped to discover his own conscience in Mayberry.

Remember the impatient city visitor .. with no time to spare? But he ended up in the porch swing singing "Church in the Wildwood". Opie slept on the ironing board that night. Adventure sleeping, he called it. Today, we laugh at one another. In Mayberry, we cared about one another. That was confirmed even in the way the writers wrote around Floyd’s incapacity. An observation which this professional people watcher considers most impressive .. is that everybody to whom Mayberry was home .. might have been assumed by cynics to be play-actors. And yet, each in real life turned out real good! Aunt Bea remained in character until death did us part. Whatever it was about that small town brigadoon appears to have become an indelible influence on those who lived there .. and on us who visited. Television owes us .. and that accruing debt will be amortized, at least in part, if it keeps Mayberry alive against the day when behave yourself and love your neighbor .. comes back into style.

Paul Harvey hit the nail on the head. I don't watch a lot of TV today, even though there are over 100 channels readily available. If we could just go back to when there were only three...or four if we turned the antenna. As Archie and Edith Bunker once saing, "Those were the days!". Thank goodness for TV Land! Where's the remote?