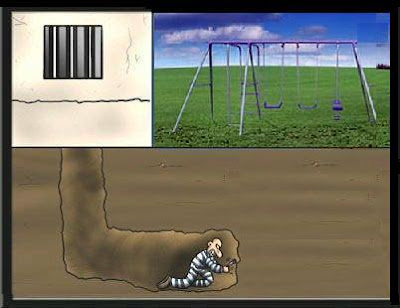 I learned early on that the number one rule when reading the news is to 'proofread' it before you go live with it. It prevents a lot of unnecessary embarrassment that sometimes does not fade from the listeners' memory as quick as you would like. Trust me on that one. When reading a trading post item one day, Sid Scott misread the word 'trombone' when he said that someone had a used 'tombstone' for sale. Back when the news was fed into the station via a teletype machine, my dad one day called Fidel Castro, 'Fiddle' Castro. He once said, a "Presbyterian was run over," when what he really meant to say was pedestrian. Yes, those are funny, but no so funny if you're the guy who read them.

Ray Mullinix, had a bad habit of coming into the station at the very last second, grabbing the local news clipboard, and without any proofreading, would open the mic and commence to reading scripts on the air! Now, most of the time, he could pull that off, but there was one day he didn't.

Donnie Ray Johnson had called from WKYR to ask if I had any local news he could 'borrow,' so I told him I would send over whatever I had. Now, Donnie Ray and I were always up for a good laugh, so when I hung up the phone, I sat down at the computer and wrote a 'very' ficticious story, and then faxed it, along with the other 'real stories,' except I wrote, "THIS IS A JOKE!" on top of the fake story, because I knew about Ray's habit of last minute news reading. Donnie Ray had a good laugh out of my fake story. He then laid all of the hard copy I sent, including the fake one, on the clipboard and left the station. Big mistake.

Sure enough, as usual, Ray came flying into the station just in time to grab the clipboard, sit down in front of the mic and read the following:

"This just in.....a prisoner escaped from the Clinton County Jail today by digging a tunnel from inside his cell. The man dug and dug and dug until finally he was free of the confines of his imprisonment. When he came up above ground, he was in the middle of the playground area at a day care center, and when he realized he was no longer within the confines of the prison, he began shouting, "I'M FREE! I'M FREE! A little girl climbed off a nearby swing set, ran up to the prisoner and yelled, "I'M FOUR!"

He was almost at the end of the fake story, when he realized it was not real. Donnie Ray had just pulled into his family's store when he heard Ray reading it on the air. The more Ray read, the hard Donnie Ray laughed until he was just plum hysterical. Some guy walking thru the parking lot actually stopped and was staring at him. When he called me, he was having such spell that at first I thought Ray had died. Then, I finally realized what had happened. At first, I hated that it had happened, because Ray was sick at the time, and I hated that part, but on the other hand, it was funny to get one over on Ray, even if it was 'allegedly' by accident.