Life is a Circle 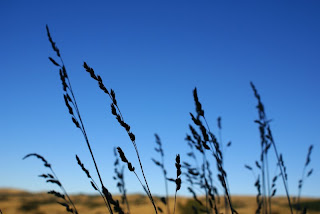 They say life is a circle and the inside of that circle is filled with lots of ups and downs; joy, laughter, sadness, and along the way, many different milestones. Marina turned 16 today. I woke up thinking I am not ready for this day. But, it's here and there is nothing I can do about it. I called her to wish her a happy birthday before her school started. She sounded so excited on the phone. And why not? Turning 16 is a happy milestone for her. It means she is one step closer to getting her drivers license, and what kid wouldn't be excited about that? But, when I hung up the phone from talking to her, my mind wandered back to the time when I asked Elijah to stop growing and always be my baby, and he replied, "I'm trying Dad, but God won't let me!"

I remember when I turned 16, and yes I can remember back that far. I failed my driver's test the first time I took it because I didn't know how to parallel park. At the time, I thought it was unnecessary and I still think that today. I can count on one hand the number of times I have had to parallel park in my life. Praise the Lord for shopping center parking lots! I've already been letting Marina drive on the (ahem) off-roads, and she does a great job. I'm just not ready to admit I have a child that is 16-years-old. It's more of a ME problem than anything.

See, this year, I turn 50, and before you start trying to give me a hard time about it, in the words of President Richard Nixon, "Let me make one thing perfectly clear." THAT'S NOT GOING TO HAPPEN FOR SEVERAL MONTHS!

I received a piece of snail mail a while back and from the outside it looked 'governmental' or official, but it also had the words: 'OPEN IMMEDIATELY IF YOU ARE BETWEEN THE AGE OF 50 AND 85.' I should have known better, but before thinking, stupid me opened it. Well, it got worse on the inside. It was from some insurance company, etc. etc. etc. But, then I saw it. Near the bottom of the letter, were these words in large, bold print: 'NOW THAT YOU'VE TURNED 50, YOU QUALIFY FOR THIS PROGRAM!' A-ha! Qualify? I had them and I knew it. I hadn't turned 50 yet. That's not for another several months. So, I wrote, "I THINK YOU HAVE THE WRONG GUY" on the letter and promptly mailed it back to them! My friend, Amy, is always calling me old, but she is usually so pre-occupied with some craziness in her life, I think she has me confused with someone else!

On Monday, my uncle, Wallace Allred, passed away. Two days later, Marina turns 16. I guess that's the way of that circle of life. 16 or not, Marina is always going to be my baby. Nothing will ever change that. I love you, Sissy! Happy Birthday!

Black Elk was a famous Sioux holy man who lived from 1863 to 1950. This guy got around. He was second cousin to Crazy Horse. He participated in the Battle of Little Big Horn...was injured in the Wounded Knee Massacre...and even traveled to England with Buffalo Bill's Wild West Show. Somewhere along the way, he managed to write the following. Please read it.