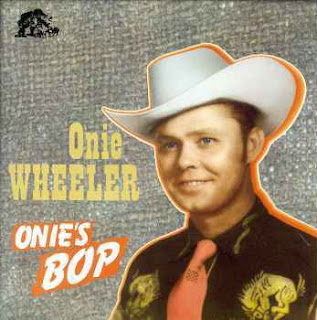 In 1953, Onie Wheeler and his group, The Ozark Cowboys, signed with Columbia Records. There was not much success so in 1957, at the age of 36, Wheeler signed as a solo artist with Sun Records and went on tour with Jerry Lee Lewis, George Jones, Carl Perkins and Elvis Presley. His time with Elvis began on May 1, 1955, when Elvis began a new three-week tour as a "Special Added Attraction" on Hank Snow's All-Star Jamboree, with Faron Young, the Wilburn Brothers, Mother Maybelle and the Carter Sisters, Skeeter Davis and others. In the early 1970s, Onie was living next door to Johnny Cash, when one day Johnny came over and told Onie to write a song about him. The result was Onie's 1973 hit, "John's Been Shucking My Corn." It was the biggest song of his career. Over one million copies of the record were sold.

It was the week of October 22, 1973. Red Sovine had been scheduled to perform at the Town & Country Music Hall in nearby Burkesville on Sunday the 28th, but forced to cancel due to a sudden illness. Thankfully, the music hall was able to book another act at the last minute. He was - Onie Wheeler. The only problem was Onie did not have a band, so, with five days until the show date, if Onie was to come, the music hall would have to find a back-up band. The music hall called my dad and asked him if he could put a band together on such short notice.

I don't recall exactly who the other musicians were, but I couldn't believe my ears when dad asked me if I wanted to be the piano player for the show. I was only 14. With dad a master guitarist, I should have followed my brothers and had dad to teach me guitar, too, but I was mesmerized with the piano. I had grown up around piano player and singer, Cecil Pryor, a WANY disc jockey, and I loved his Jerry Lee Lewis-style of playing. I took enough lessons to learn the notes and the chords, but I played by ear, and I found out real quick how to play using the Nashville Number System, and quickly realized that I could play a lot of songs using those two systems; my ear and the numbers. So, when dad asked me if I wanted to back up Onie Wheeler, I immediately said yes.

The only thing I knew about Onie Wheeler was that he was the guy who sang that hit song, "John's Been Shucking My Corn" on the radio. Performing on stage with him that Sunday afternoon was special. It was way too much fun for me to be having, and I loved it! After the show, Onie paid me $50. I couldn't believe I actually got paid! On the way out of town, dad pulled into a diner, where I ordered a hamburger steak dinner, and paid for it out of my own money. A pretty good days work for a 13-year-old boy!

So, there you have it -- my first professional gig was with Grand Ole Opry star Onie Wheeler! The last big gig I ever played before retiring from the music business, was with Motown legend Percy Sledge. To you, it may seem like a million miles between the Grand Ole Opry to Motown. But, for me, it wasn't at all. It was just music. Now that I think about it, it's odd how both those performers had a connection to Elvis; with Onie performing with him in 1955, and Percy living across town from him in Memphis. Plus, in the middle there was that Elvis impersonator I used to perform with, which is a whole other story for a later time. Weird!

On May 26, 1984, Onie Wheeler collapsed and died of a heart attack while performing on stage at the Grand Ole Opry. A few years ago, I met his daughter, Karen, who was a major country music star from the mid 1970's to the mid 1980's. I told her the story of the time I got to perform with Onie Wheeler, who sang 'John's Been Shucking My Corn.'