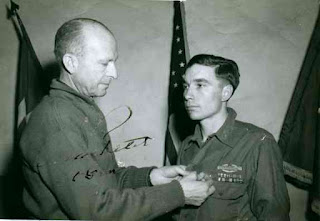 In the photo above, taken on February 10, 1945, Lt. General Alexander M. Patch is seen awarding Lt. Garlin Murl Conner the Distinguished Service Cross for extraordinary heroism for his actions on January 24, 1945 near Houssen, France.
at June 23, 2010 3 comments: 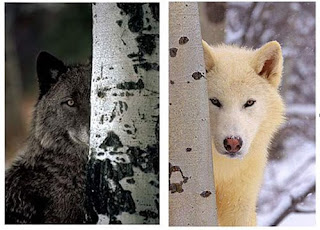 One evening an old Cherokee told his grandson about a battle that goes on inside people.  He said, "My son, the battle is between two wolves inside us all.  One is Evil. It is anger, envy, jealousy, sorrow, regret, greed, arrogance, self-pity, guilt, resentment, inferiority, lies, false pride, superiority, and ego.  The other is Good. It is joy, peace, love, hope, serenity, humility, kindness, benevolence, empathy, generosity, truth, compassion and faith." The grandson thought about it for a minute and then asked his grandfather: "Which wolf wins?"  The old Cherokee simply replied, "The one you feed."
at June 02, 2010 No comments: