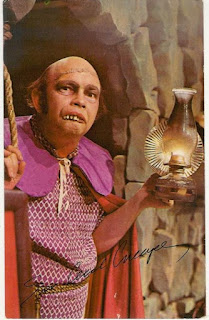 My soul thirsteth for thee

My flesh longeth for thee

I will seek thee

To see thy power

To see thy glory

To know your love is the lovingkind

I will praise thee

And I will bless thee while I live

The Road To Burkesville

For those of you who do not know, for the past several weeks, road crews have been busy rebuilding that portion of Highway 1590 here at the radio station in preparation for the by-pass that is being built around town. That part of the road has been closed while the work is being done, and one of the detour routes is the Old Burkesville Road. The Old Burkesville Road was built nearly 200 years ago, so it was not built with today's traffic in mind, and it was definitely not built to handle the amount of traffic that has had to travel the road the past few weeks.

The Old Burkesville Road is one of the oldest roads in the county. Just prior to the year 1800, the third family to settle in here was the Wood family. They had moved from Virginia to North Carolina after the American Revolution, and now they were headed to a new area in Kentucky that had just opened for settlements east of the Green River. The Wood family chose to settle at Stockton's Valley, where they quickly established themselves as leaders in the community. They helped organize the first Church in the valley, Clear Fork Baptist Church. William Wood was the town surveyor and its sheriff. The Church minutes of 1813 state that William's brother, Samuel, was appointed overseer of the Burkesville Road from Robert Davis’ to the county line. That area of the community was known as Wood's Gap back then. A portion of the road that Samuel Wood helped build later became known as Wood Street. It still bears that name today.

When more automobiles began using the road, and when trucks hauling goods and services got bigger, the need arose to build a bigger road, and so around 1931, nearly 100 years later, the Burkesville Road, as we know it today, was built.
at October 21, 2010 1 comment:

What's In A Name?

There is an old proverb that says 'good men must die, but death cannot kill their names.'

When we chose the name Marina for my daughter, I was a little skeptical at first because of all the marina's where I live, but she IS Marina and I could not imagine her name being anything else. Most people are named after their ancestors. My great-great-grandfather was George Washington Boles.  His cousin was Abraham Lincoln Boles. My great-grandfather was Ulysses S. Frost.  His nickname was Grant.

I used to tease my son, Elijah, by telling him that we almost named him Michael Jackson Speck. Although he would never admit it, for a few moments he actually believed me.

For the past several months, I have been keeping up with Rand Paul of Bowling Green. He is a Republican candidate for the U.S. Senate in Kentucky and he has become very popular.  Fox and CNN are always talking about him and I have been thinking that, IF he wins the election, I might drop the Y from my first name, totally ditch my last name and start using my middle name. So, it would be RAND RAY.

I said I MIGHT. I didn't say that I would.

HAPPY TRAILS TO YOU UNTIL WE MEET AGAIN!!