Are You Washed in the Blood? 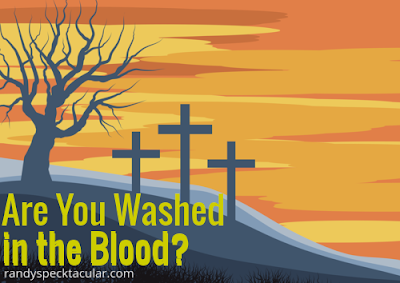 The book of Hebrews draws a contrast between animal sacrifices and Christ's sacrifice. The former could never take away sins, but when Christ shed his own blood, it was a once and for all sacrifice that removes sins.

Beginning with verse 9, the scripture says, "Then said he, Lo, I come to do thy will, O God. He taketh away the first, that he may establish the second. (10) By the which will we are sanctified through the offering of the body of Jesus Christ once for all. (11) And every priest standeth daily ministering and offering oftentimes the same sacrifices, which can never take away sins: (12) But this man, after he had offered one sacrifice for sins for ever, sat down on the right hand of God."

In 1878, Elisha Hoffman, a Presbyterian minister in Ohio, shared this truth by writing a hymn that asks the reader if they have been restored and redeemed by the blood of Jesus.

This weekend, as we reflect on the crucifixion of our Lord and Savior, Jesus Christ, and celebrate his resurrection, I wonder, have you been to Jesus for the cleansing power? Are you washed in the blood of the Lamb?

So Long, Rubber Duck, Keep the Hammer Down

Bill Fries, an advertising executive better known as C.W. McCall, who had hit country records in the 1970s about long-haul truck driving and renegade truck drivers during the height of the citizens band radio craze, died April 1st at his home in Ouray, Colo. He was 93.

Quoting from a Washington Post article by Matt Shudel, the character of C.W. McCall came from Fries (pronounced "Freeze") in a series of commercials for a Midwestern bread company. His best-known song was “Convoy,” which became a #1 country and pop hit in January 1976.

In that song, the name, or “handle,” of the song’s central character, Rubber Duck, chats with another driver, Pig Pen, hauling a load of foul-smelling hogs, which becomes a running joke throughout the song.

“Convoy helped popularize the lingo that truck drivers used over their citizens band radios," writes Shudel. "People went full tilt into the CB radio craze because of it. The song came along when truckers faced rising fuel costs and a nationwide 55 mph speed limit. While laced with humor, the song also had a rebellious feeling about it and people responded to it."

"Pig Pen, this here's the Rubber Duck and I'm about to put the hammer down!"

"Ah, breaker one-nine
This here's the Rubber Duck
You gotta copy on me, Pig Pen, c'mon?
Ah, yeah, 10-4, Pig Pen, fer shure, fer shure
By golly, it's clean clear to Flag Town, c'mon
Yeah, that's a big 10-4 there, Pig Pen
Yeah, we definitely got the front door, good buddy
Mercy sakes alive, looks like we got us a convoy" 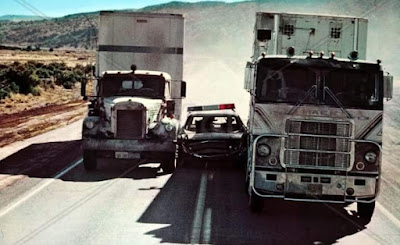