That is a perfect description of what Memorial Day is all about. It is one of my favorite holidays. I like it because it allows me to honor those brave soldiers, who died fighting for our great nation. There are other holiday's that honor ALL soldiers, but this one is special, because of what it represents.

There are a few ancestors in my family tree that died while fighting for their country. I have already written about Jacob Speck and John Frogge, Jr.  Another, Elijah Koger , was killed during the Civil War.


"We come, not to mourn our dead soldiers, but to praise them." ~ Francis A. Walker

This weekend, I will visit a couple of cemeteries, where dead soldiers are buried, and I will praise them and the others who died for our country. They deserve our praise and our patronage. We can never forget their sacrifice. I hope you will take the time to remember them, too!


"There is no greater sacrifice than to give one’s life for the good of others.” (Shakespeare) 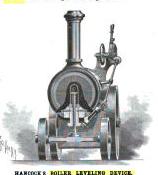 On August 27, 1895, Willie C. Hancock of Albany, KY received a patent for inventing a new and improved boiler leveling machine. According to Scientific American, the device was 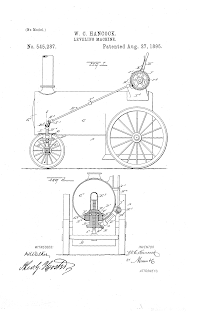 In 1908, Willie C. and his brother, Plato, purchased what would one day be known as one of the oldest landmarks in Albany. According to KyKinFolk.com, people from nearby counties in Kentucky and Tennessee would bring wheat and corn to Albany Mills to be ground into flour and meal which was sold to local merchants, country stores and individuals. The original mill was operated by steam, and in its time was one of the most modern mills in operation.