Let's Get Together (And Do It Right)

There is too much noise in the world right now that is producing a level of adrenalin rush never before seen in my lifetime, and most likely yours. Raised blood pressures, accelerated heart rates, stressed out to the max, hypertension overload that is increasing the risk of strokes and heart attacks. What are we doing?

If ever there was a moment for an awakening, it is now. It happened once before, you know, and it could happen again.

It was in the spring of 1966, when a group known as The Youngbloods signed with RCA Records. Later that year they recorded their self-titled debut album. One of the songs on it had been discovered several months earlier after singer and bass player Jesse Colin Young had gone out looking for a place to rehearse. As he entered a club in New York City, folk singer Buzzy Linhart was on stage rehearsing a song. He was filled with emotion by what he heard.

“Love is but a song we sing, fear’s the way we die, you can make the mountains ring or make the angels cry, Though the bird is on the wing and you may not know why, Come on people now, smile on your brother, everybody get together, try to love one another right now"

“Get Together” had been so tightly arranged during The Youngbloods' rehearsals that in the studio no one with RCA dared to do anything to it. It was a pure and self-contained piece of art, whose sacred nature was apparent.

But in New York the song didn't go over very well. It wasn't until the band took it's tour to San Francisco that it's popularity began to rise. It was 1967 and the "Summer of Love."

People then actually wanted to learn to love one another. Imagine, today, a world where peace and love are the counterculture to what we have become, a place where everyone gets along. We need that awakening.

"Come on people now, smile on your brother, everybody get together, try to love one another right now" 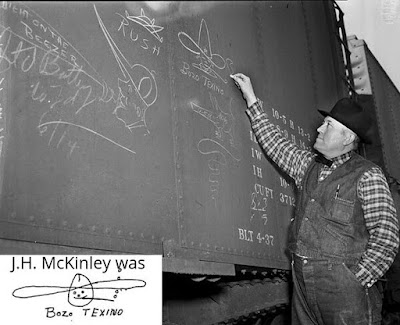 It was during the late winter and early spring of 1862, as the civil war was now in full swing, that the Union and Confederate factions of the Upper Cumberland attempted to reach a peaceful compromise in order to prevent the raids that were occuring in Fentress and Overton counties in Tennessee, and Clinton County in Kentucky.

Murder, theft and arson had become commonplace during the absence of regular soldiers who had gone off to fight in the war. It was decided that a peace conference should be held in hopes a solution might be reached that would end the senseless acts of guerilla warfare. It was agreed the meeting would be held at Monroe in Overton County.

Even though the parties agreed to stop the raids into adjoining counties, on the way back to Clinton County, Ferguson and his men killed four Overton County men. Before the wars' end, most of the Union men who had participated in the peace conference were killed, while others were pursued but only terrorized. Those killed were James Zachary, Thomas Wood, William Johnson, Robert Martin, Joseph Stover, Louis Pierce, Eli Hatfield, Parson Joseph Dalton, John McDonald and a Mr. Taylor. Another was my third great-grandfather, Elisha Koger.

Elisha had been a member of the home guard in Clinton County. On the morning of Sunday, June 1, 1862, just as the sun was starting to rise, he rose from his bed and headed out to the spring that ran beside his home at Oak Grove, with his wife, Nancy, by his side. Shots rang out as a band of men appeared suddenly out of nowhere. Nancy screamed for him to run, but it was too late as Champ Ferguson overtook him and shot him. Elisha threw up his arms and said something, but Nancy couldn't make out his words because the couple's children were screaming.

As shots continued to ring out, he ran toward a fence some fifty yards away. He reached the fence and tried to cross it, but Ferguson and nine other men rode up to him and continued shooting. By the time Nancy reached the fence, the couple's 11-year-old daughter, Sarah, was holding her daddy in her arms, covered in his blood. Elisha gasped once, but never spoke. He had been shot more than 30 times. Nancy knelt beside her dead husband's body as Ferguson and his outlaw gang ransacked the Koger home.

On October 20, 1865, Ferguson was hanged for the brutal murder of 53 people. Nancy and Esther were two of those who testified against him at his trial.

The historical significance of the peace conference rests upon the premise of what might have been, a story of reasonable men who searched for solace during unreasonable times.

For the record, I had family members on both sides of the Civil War conflict who were both persecuted and harmed over what they believed in.