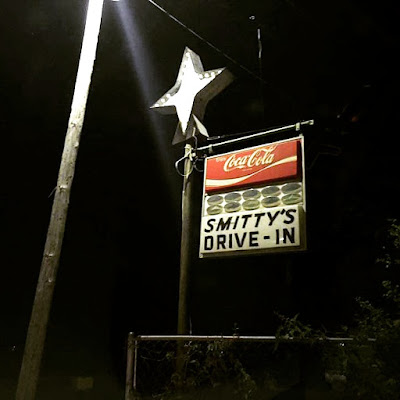 It was a big night for CW Steele and Albany on that hot summer night in 1980 when the band played its now-legendary concert at Smitty's Drive-In. The lot behind the restaurant where we sat up the stage, a flat bed trailer, was standing room only. The parking lot there was full, as was the big one across the road at Albany Stockyards. A continuous flow of traffic encircled the well-known restaurant for what seemed like hours that day and evening. The carhops were kept busy, as were those working inside. But, oh what a night it was.

As far as the band went, we jammed the night away: myself, Dwayne, Leon, my brother Ronnie, Jeff "Monk" Flowers, Steve Claborn and Gary Lehman. Two things happened that night that clearly stand out in my mind after all these years. One was when Junior Byers came on stage to play his harmonica, a calling of his that he never really answered during all of the years he played music. The other thing was when the police came to tell us to turn down because residents living three miles away were complaining that we were too loud. In all my years of playing music, and being told to turn down, that night at Smitty's is my favorite "turn it down, you're too loud" moment, because the band played on that night (thanks to Smitty being on the city council) and we rocked the entire east end of town.

Before we started, Leon, Dwayne and I went inside the restaurant. Leon said, "Watch this," then turned to Smitty and said, "Hey, Smitty how 'bout a bologna sandwich," and then threw his head back and laughed. Smitty disappeared for a few seconds, only to return with a piece of bologna in his hand. "How do you want it?" he asked.

That night at Smitty's was the first time I had played keyboards in a live band setting since the age of 14, when my dad put together a little combo to play a couple of country club parties and let me be in the band. It also featured future bandmates David Pennycuff and Junior Byers, and that one night when my idol, Cecil Pryor, joined joined in at one of Smitty's famous Christmas parties.

My memory of Smitty's 1st Annual Summer Jam is a special one to me. My brother, Ronnie, died in a car accident in 1981 and Leon was killed in a boating accident two years later. We played the Smitty's concert for free that night for a couple of reasons. Number one, we wanted to give ourselves, and everyone else, something to do, and number two, just like everyone else, we loved Smitty and Shelva and wanted to do something special for them. They had given us, and the generation before us, a place to cruise and a place to hang out, not to mention the delicious food they served had up for what ended up being 38 years.

Smitty’s Drive-In opened on May 18, 1962 and closed on July 4, 2000. If ever there were husband and wife icons in Clinton County, James and Shelva Smith are it. Oh yes, how they definitely are it! Smitty was so popular. He served as a member of the Albany City Council for 15 terms, stretching out over three decades. For 36 years, he was chairman of Albany Housing Authority.

What kind of impression did Smitty's Drive-In leave on us? Robbie Davis, in a Facebook post dated June 30, 2016, the night before he died, shared a photo he had taken of the Smitty's sign out by the road, which is the photo you see here, and he wrote the following: "John and I cruised Albany late last night and I showed him the circle and shared what we did in Albany growing up. It was fun. The sad part is, we where the only people out at 11pm on a summer night. Things sure have changed."

By the way, the day Smitty's 1st Annual Summer Jam took place, my pal David Cross showed up with t-shirts to commemorate the occasion. Who still has theirs? 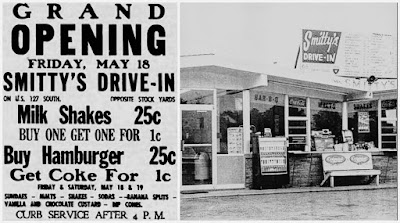 Medal of Honor Recipient Was Born 100 Years Ago Today 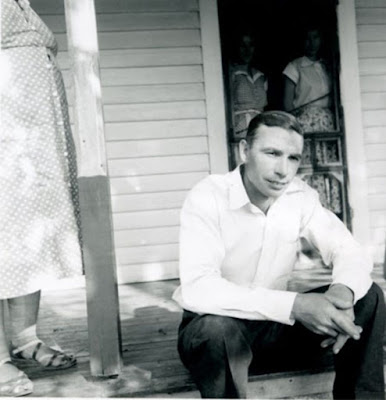 Medal of Honor recipient, WWII hero and native Lt. Garlin Murl Conner of Aaron, Kentucky was born 100 years ago today, in 1919. "Conner embodied the pure, patriotic love that builds and sustains a nation," said President Donald Trump, as he awarded the MOH to Lt. Conner's widow, Pauline, on June 26th of last year. "Lt. Conner stared down evil with the strength of a warrior and the heart of a true hero. [He] was indeed a giant. In his daring, his devotion and his duty, he was larger than life," the president said.